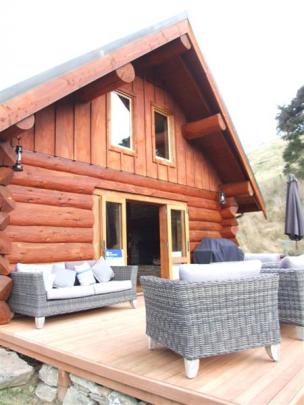 Dave and Janene Divers have diversified into tourism with the Cascade Creek Retreat. 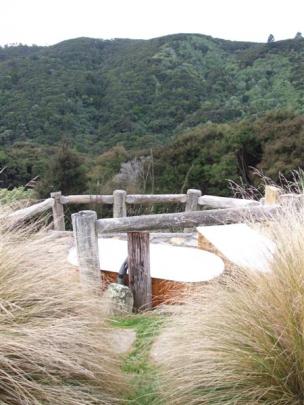 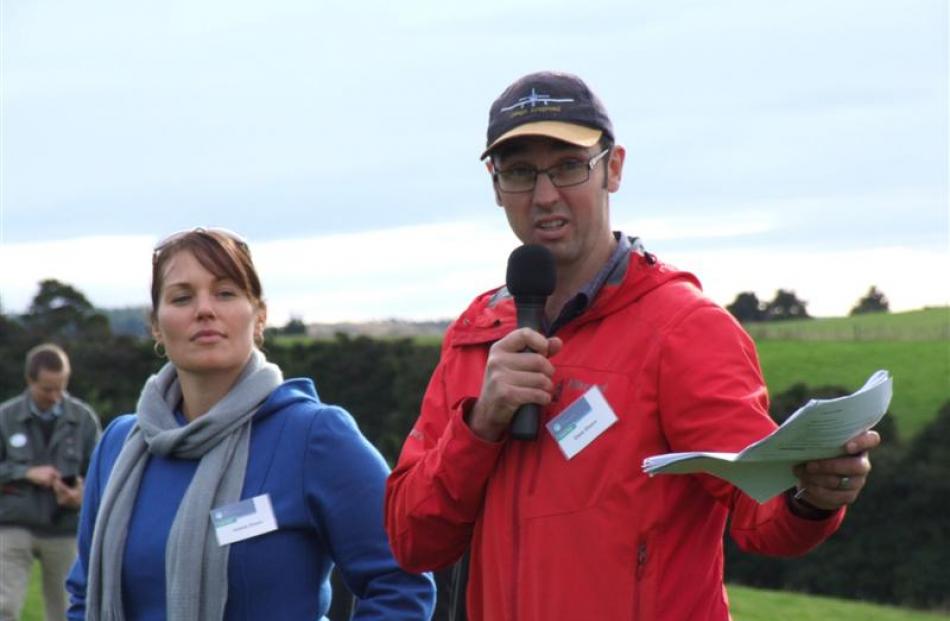 At that time, they were newcomers to running Table Hill, a 1650ha family owned property 5km inland from Milton.

While they did not get past the first round of judging, they enjoyed the process and gained a professional look at their business, along with confirmation that their vision was ''on the right track'', Mrs Divers said.

It gave them the confidence to move forward with their ideas and goals and they decided to enter again when they had a chance of injecting ''a bit of their personalities'' into the business and achieving some of their goals.

So the couple, who now have a baby son, Charlie, entered again this year and were awarded the supreme award, along with awards for soil management, innovation and farm stewardship.

Speaking at a field day at their property last week, Mrs Divers encouraged other farmers interested in taking an objective look at their business, and receiving honest, helpful, unbiased advice, to ''just give it a go'' and enter. There was ''nothing to lose and everything to gain'', she said.

Mr Divers stressed their operation was very much a team effort, involving family members and employees - not just them.

Comprising three properties, Table Hill was run as one, with about 11,000 stock units run on 1000ha effective, he said.

The property ranged from 50m to 365m above sea level and average rainfall was about 850mm annually.

The stock comprised 7900 ewes and 2200 hoggets, of which 1200 were lambed and the remainder run on a lease block at Bull Creek in partnership with Mr Divers' brother and his wife. About 200 cows would be carried this winter.

About 70ha of winter crop had been planted, split between swedes and kale, while fodder beet was being grown for the first time.

The couple's vision had always been to improve profitability and productivity, enhance the biodiversity of the area by protecting areas with high conservation values and diversify into tourism in a ''unique and successful way''.

Their vision was an ongoing ''work in progress'' but they were very pleased to have achieved many of those goals, Mrs Divers said.

When it came to the final round of judging at the awards, judging co ordinator Judy Miller said the judges were looking at the balance between sustainable profitability, environmental awareness, social and community responsibility, and good business practice.

Judges described the couple as ''great custodians of the land'' with a real passion to manage sustainably and a genuine commitment to understanding and managing biodiversity on a significant scale.

They had clear breeding programmes and well defined production targets focusing on productivity and profitability, supported by comprehensive monitoring.

They embraced responsibilities around water quality and identifying best practice management of soils and pastures in challenging areas.

There was excellent staff management and valuing people was a key driver of the business, they said.

Five reserves on the property had been fenced off and were no longer grazed, including about 85ha of podocarp forest, while a 3ha wetland project was planned.

The property featured about 16km of rivers and streams and all the streams had crossings, while a lightweight, portable bridge, with a 10m span, was a solution to getting stock across the Tokomairiro River.

Waterways were being fenced and seeds had been ecosourced from the property, something that Mr Divers had a particular interest in.

The couple had been working with Station House Nursery at Waitahuna and would be planting riparian margins.

Farmers were becoming much more aware of water quality and it was a ''very real issue'' for everyone, Mr Divers said.

The couple have been using variable rate fertiliser spreading technology, through Mosgiel based TracMap, which had worked well this year.

The entire farm had been mapped on their computer and they could click on any region and input whatever rate they wanted, which was then uploaded to the head unit in the spreader.

That would be used to start getting productivity ''ramped up'' on poorer areas of the farm, Mr Divers said.

The Divers had a relationship with the Department of Conservation through conservation practices they had implemented.

Doc had identified various native fish species on the property, including the banded kokopu, members of the galaxiid family.

That had encouraged them to protect waterways as best they could and it was rewarding to build a relationship of mutual benefit to both parties, Mrs Divers said.

Doc senior biodiversity ranger Pete Ravenscroft said an award such as the Divers received was significant and ''incredibly important'' to show there was room for conservation and farming ''as long as we give a little''.

The couple also operate Cascade Creek Retreat, the only property in New Zealand to have achieved Qualmark five star and Enviro Gold ratings in the holiday home category.

It took a two year search to find the right location for the secluded log cabin. It needed to have a view, bird life, vehicle accessibility and allow visitors to be surrounded by nature and have ''absolute privacy and serenity'', Mrs Divers said.

The creation of such a business was a dream for many years before it came to fruition. It came through a ''marriage'' of Mr Divers' love of woodwork and interest in log houses, with his wife's time in the tourism industry, both in Europe and New Zealand.

It also made the couple diversify into a business together using skills they had that were different from those required in the everyday farming operation, Mrs Divers said.

It also allowed them to share a ''beautiful spot'' with others and enabled them to keep investing in conservation on the property, from the income the retreat generated.

Once it was completed - the retreat opened in June 2012 - it was very rewarding to see what they had produced, especially as the vast majority of materials used were either natural or recycled, Mr Divers said.

Mr and Mrs Divers will attend the Sustainability Showcase in Wellington on June 24, where the national winners of the Ballance Farm Environment Awards will be named.