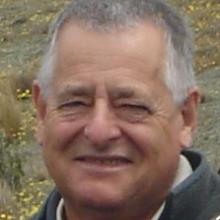 Richard Peacocke
Dairy farms proposed for the Omarama and Ohau areas were "a world-class proposal" which was a victim of misinformation, the three companies behind the development said yesterday.

Southdown Holdings Ltd, Williamson Holdings Ltd and Five Rivers Ltd have now withdrawn dairy effluent discharge resource consent applications needed to establish the 16 dairy farms covering 8555ha on three properties housing up to 17,850 cows in cubicles all day between March and October and 12 hours a day between November and February.

They faced a bill of about $3 million after Minister for the Environment Nick Smith used the Resource Management Act (RMA) to call in the 15 applications and appoint a board of inquiry to hear them.

That "extraordinary cost", without knowing whether they had water for irrigation and to dilute effluent on the farms, was too great a gamble. However, if the companies receive resource consents for the water from an Environment Canterbury (ECan) panel at present considering them, they could reapply for the effluent consents.

Until now, representatives had kept silent in the face of political and public criticism, including claims the dairy farms were "factory farming".

"Our silence to the criticism and misinformation in the press to this point was driven by the view it was inappropriate to have the matter litigated through the media and in respect for the legal ECan-driven RMA process," Southdown Holdings' director Richard Peacocke said yesterday.

He said the companies had spent about $2 million removing wilding pines from the properties and $1.8 million on the ECan resource consents process. He described the plans as "environmentally sustainable regional development" which recognised the fragility of the Omarama and Ohau areas.

"We set about developing a world-class proposal to minimise and mitigate any potential negative environmental effects of dairy farming, even though the use of stables [cubicles] is a higher capital cost to us."

However, there were long-term benefits through improved control and mitigation of effluent impacts on waterways, improved animal welfare and enhanced production.

"The irony of our situation is that stable-style farming is the way of the future if New Zealand is committed to environmentally sustainable farming," he said.

Providing stables for cows was the most effective environmental and robust animal welfare solution for the region and one traditional dairy farmers would eventually be forced to consider as they came under increasing pressure in the management of effluent by regional councils.

Claims the dairy farms' effluent was equivalent to that generated by Christchurch were rejected. Scientific analysis estimated effluent conservatively at just 6% to 7% of a population of 250,000, and better managed.

"The scale of the applicants' applications may have been two to three years too soon."

More education of the Government and public on the positive effects of housing cows in stables would be beneficial for all, Mr Peacocke said.

The term "factory farming" was used to create negative images, similar to poorly managed battery hen and pig operations. Open-sided and clear light spans in the stables provided comfortable, free movement out of the cold, and hot weather of the region.

Stable farming was also more sustainable, cows consumed less food and there was less pollution. It was up to twice as productive as traditional dairying.

In terms of opposition to the development, Mr Peacocke said only 25% of the almost 5000 submissions on the companies' applications were related to effluent. Some submissions were "made multiple times by the same vocal minority".

"This should be based on good science, good economics and good discussion about the benefits ... to New Zealand. That debate in a constructive and efficient manner had not happened."

Mr McKenzie said he took exception to the farming project being described as "intensive".

"This was only about 2 cows per hectare, which is about the same as the average stocking rate in New Zealand dairy farms now.

"So it's not about intensive, it's about a different system and all they were doing was putting the cows in a home for periods of time during the year and these homes are modern, there are hundreds of these already scattered around New Zealand and operating very efficiently and very effectively."