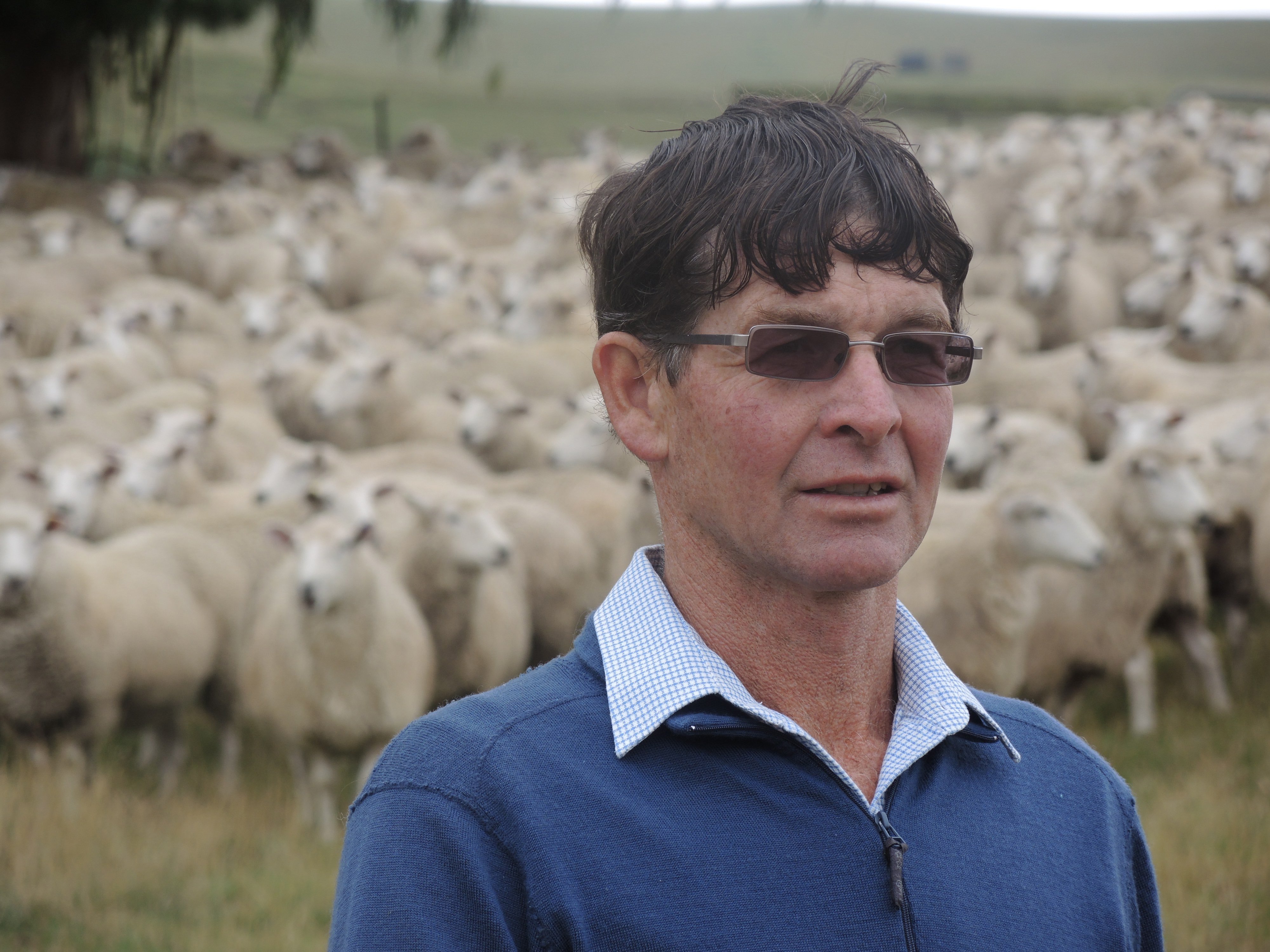 Bill Wright's farming decisions are based on facts. Photo: supplied.
A South Canterbury farm has proved environmental gains can be made while production improves, scientists say.

Beef and Lamb New Zealand director Bill Wright and his wife, Shirley, have been farming a sheep and cattle property at Cannington since 1991. Their records have allowed scientists to study the profile of greenhouse gases while the farm evolved.

"Farmers are conscious of their collective responsibilities to restore water quality and minimise their environmental footprint," Mr Wright said.

"But this is material we are now only learning how to manage in a way that not only protects the environment but provides opportunities to be more productive with less impact."

AgResearch scientists, funded by the New Zealand Agricultural Greenhouse Gas Research Centre and Ministry for Primary Industries, studied the gas emissions. The nitrate work, part of the Forages for Reduced Nitrate Leaching (FRNL) programme, was funded by DairyNZ, the Foundation for Arable Research, AgResearch, Plant and Food Research, Landcare Research and the Government.

The Wrights’ records showed their farming system improved in efficiency and reduced its greenhouse gas emissions per kilogram of meat or wool by 18% between 1991 and 2014, then by another 17% by 2015.

The farm changed from mainly lamb and wool in 1991 to a greater proportion of beef and, in recent years, dairy support. The quantity of goods it produces has risen dramatically, through greater forage growth and use, plus new technologies.

The dramatic drop in gas emission from 2014 to 2015 was largely because of lower livestock numbers, the result of dry spring conditions in both years.

"What these numbers show is that with the right choices, the emissions’ intensity can be effectively reduced while also developing a farm that is more resilient, more financially viable and still producing quality products," AgResearch farm systems team leader Robyn Dynes said.

"For the Wrights, as for many sheep and beef farmers, increasing the efficiency and resilience of their farming business had huge spin-off benefits for the intensity of greenhouse gas emissions."

Working together on nitrate leaching and greenhouse gas emissions was important in discovering mutually beneficial solutions, Dr Pinxterhuis said.
Mr Wright said he and his wife could make choices backed by facts.

"Farmers are the first to want to protect the land, water and air, but now we are developing some useful tools that will enable us to do this while protecting our incomes, communities and the opportunities for future generations to farm the land.

"I think that although we do face a new era in the environmental awareness, farmers and our families will with new knowledge — through research, science and technology — have a sustainable future."