Farmers left 'out of loop' without strong Invermay 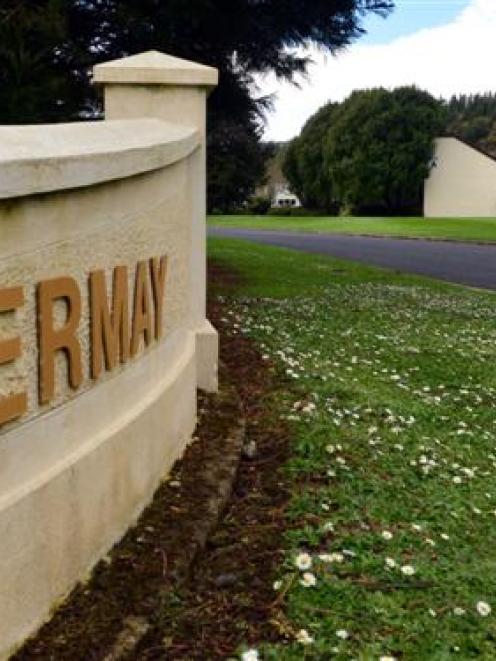 The relationship between Invermay Agricultural Centre's scientists and farmers in Otago and Southland is too important to compromise, past Federated Farmers Otago president John Rowley says. Photo by Allied Press Files.
Agresearch's plan to cut about 80 jobs from Invermay Agricultural Centre will return Otago and Southland's farmers back to the ''doldrums'', a former Federated Farmers Otago president says.

Retired farmer and past Federated Farmers Otago president John Rowley, of the Teviot Valley, said a reduction of staff at Invermay would have an impact on the profitability and productivity of farmers in Otago and Southland.

''Farmers should be expecting more scientists and more research at Invermay, not less,'' Mr Rowley said.

Mr Rowley said the research which was produced at Invermay and shared with farmers in the South by scientists from Invermay had caused ''phenomenal'' increases in productivity during his time as a farmer. In the early days of his farming career, Lincoln University was the main source of information for farmers in Otago and Southland.

''It was so far away, farmers felt despondent and out of the loop.''

There would be the potential for a similar scenario to arise under AgResearch's proposed plan, he said.

He also questioned whether scientists would engage with farmers in the South in the way they had since Invermay opened.

''The current farmers ... haven't been through a period where you don't have the benefit of science and a group of local scientists,'' Mr Rowley said.

''How do you get the same energy from a scientist based at Lincoln to come and do that science here in Otago or northern Southland. It's a hell of a long way.''

He believed a reduction in hands-on science would lead to a stagnation in productivity and smaller farmers would not be able to cope with the reduced margins coming with that stagnated productivity.

Former Foundation for Science, Research and Technology Board director Pat Garden, of Millers Flat, said he agreed with Mr Rowley and he was concerned the move was not based on what was best for agricultural science.

''I think it's about corporate ambition rather than focusing on agriculture and farming.''

He believed the decision would have consequences for the pastoral industry in Otago and Southland and New Zealand.

''The relationship with the University of Otago, I think, is going to be diminished. The deer work is going to be compromised and I think it's a sad move.''

''The issue is about centralising rather than maintaining networks between AgResearch and the industry and that's the things we are going to lose.''

Another former Federated Farmers Otago president Murray Rose, of Waitahuna, said, while ''disappointed'' about the restructuring, he was more philosophical.

''The Government have said its contribution to the economy was questionable,'' Mr Rose said.

He conceded there would be some effect on farmers in Otago and Southland, but he hoped it would be minor and he believed the centralisation of AgResearch might help lift agricultural profitability.

''If it is 'bricks and mortar' versus capability, then capability must win out,'' Dr Rolleston said.