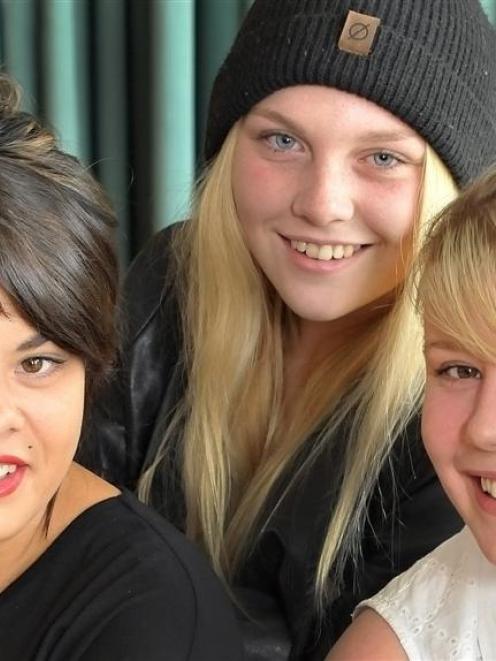 Ms Hollamby was among the first intake of the pilot programme, which was launched in Dunedin in September.

The programme, which ran for 12 weeks, aimed to expose the city's disengaged youth to rural work opportunities.

Ms Astle and Ms O'Sullivan-Webb were now applying to go to Telford - a division of Lincoln University, while Ms Hollamby had been offered full-time employment, starting work today on a dairy farm at Momona.

Ms Hollamby had previous experience on dairy farms when she was 19 and she always knew that was what she wanted to do.

After doing a variety of other jobs, she wanted to get back into farming but was unsure how to do that, given she had been out of it for a few years and she had no references.

When she saw the Farmhand programme advertised, she thought she would give it a crack. The course had been very enjoyable as had learning about a wide spectrum of farming, not just dairying.

She was excited about starting work - ''I couldn't have asked for a better outcome'' - and she was also proud of her two fellow graduates.

Long-term, she wanted to combine study with working and hopefully own her own farm one day.

Programme manager Annika Korsten was thrilled with the success of the programme, saying the three graduates had ''really stepped up'' and done well.

The programme included work on dairy farms on the Taieri and all the farmers were ''really impressed'' by them.

The young women had impressed her with their stamina, commitment, humour, ''total immersion'' in the rural lifestyle, and their passion towards following their dreams to become farmers.

They had taken the opportunity to swap their city routines with a milking shed and the ''hard work and fresh air of the countryside''.

''I cannot repeat myself often enough in highlighting the positive and transformational effects that physical work and a life away from the hustle and bustle of the city has had on every single one of these young women.

''They have come a long way and they have exciting futures ahead of them,'' Ms Korsten said.

Ms Korsten was the recipient of a $100,000 World of Difference grant from the Vodafone New Zealand Foundation to establish the programme on behalf of the Malcam Charitable Trust.

Her next step was to review how the pilot had gone, talk to the farmers involved and see how to move forward.

Her vision was to find a farm, close to Dunedin, in the next couple of years to train young people both on and off-site.

''This would allow us to train a range of skills while, at the same time, exposing them to work experience on farms surrounding Dunedin,'' she said.