Farmprint a form of insurance 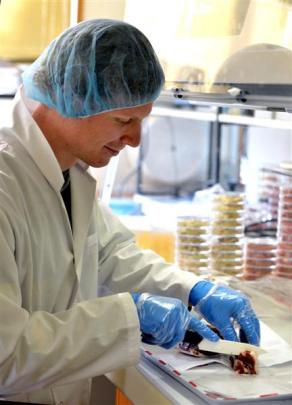 Intern Paris Heyd at work in the laboratory at Oritain. 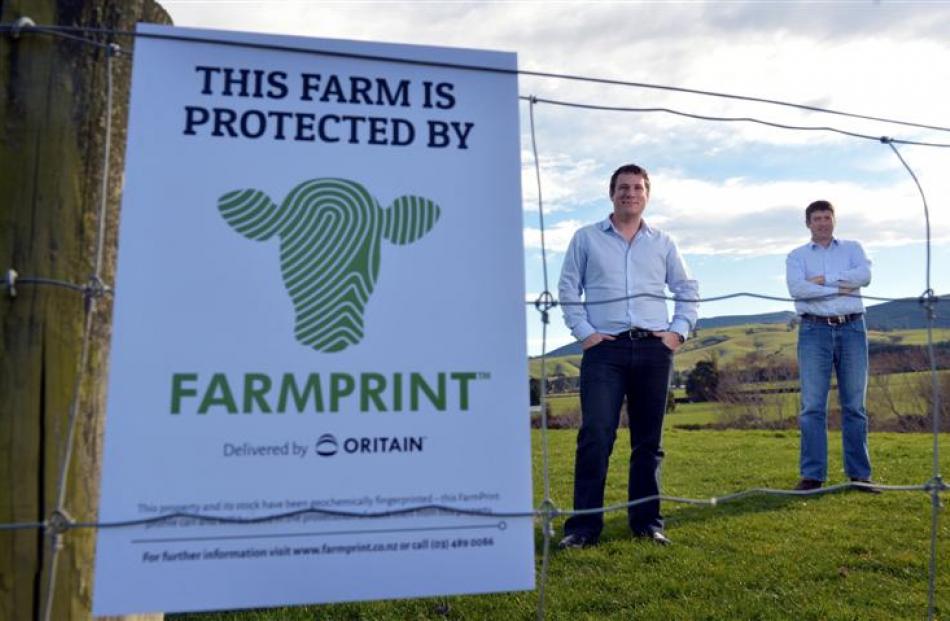 The company, which is based at Invermay, uses an ''origin'' based system, identifying the naturally occurring chemical properties of food products, which were influenced by the soils and environment in which they were produced.

It works with food producers throughout New Zealand and around the world to protect their brands and reputation - and now it is using the same system to protect farmers' stock.

Each farmer already had their own unique identifier of their stock due to its location; it was there in its meat and fibre, Oritain business development manager Dr Sam Lind said.

Through its Farmprint scheme, farmers would provide meat and fibre tissues which would then be analysed, giving a ''fingerprint'' profile. If that stock was ever stolen, there was evidence to track it back to its farm of origin, Dr Lind said.

Those farmers who signed up to Farmprint would have a sign to hang on their fence, to signal that the farm was protected by the initiative.

Dr Lind believed that Farmprint could deter crime before it happened and he also felt it was a less confrontational approach to having the likes of video surveillance cameras on-farm.

Thefts occurred in rural areas ''all the time'', and while machinery could be insured, large flocks or herds of stock were often not. Losses were ''money straight out of the back of farmers pockets''.

''Our service is essentially providing that insurance,'' he said.

It was a bigger problem than most people thought and there also appeared to be a link between stock theft and other crime, Oritain chief executive and farmer Grant Cochrane said.

Oritain did a survey among sheep, beef and deer farmers and just under 90% of about 30-odd respondents felt they had been victims of stock theft, or were aware of it in their area.

The aim was to launch Farmprint in Otago and, depending on uptake, roll it out nationally. There was also potential for international clients as stock theft was ''an issue everywhere'', Mr Cochrane said.

Costing farmers between about $400 and $500 a year, it was a cost-effective solution. It could be offered cheaply because Oritain had the science capability from its normal business and the science would ''stand up in court'', he said.

Oritain wanted to get as much uptake as possible for the scheme. Traditionally, it was a business-to-business organisation, but the initiative was business-to-consumer and it was looking at non-traditional ways to get that uptake, including partnering with rural communities.

Oritain's business continued to expand. It had taken on six new science graduates from the University of Otago in the past 12 months and now had 16 staff.

The next 12 months were going to be ''really exciting'' with both Farmprint and some other projects being worked on, Dr Lind said.