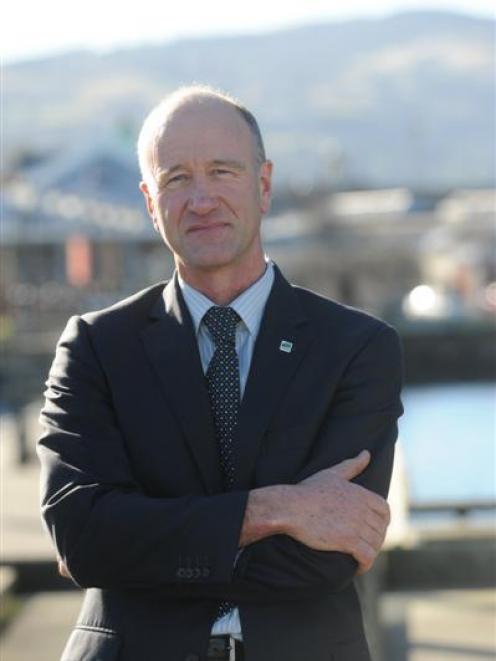 Now, a year down the track, Bruce Wills says he is very encouraged with the progress made since he was elected in July last year.

Mr Wills spent more than 20 years in the banking industry before the opportunity arose for him to return to the family farm, Trelinnoe, on which he grew up, to farm in partnership with his brother, Scott, eight years ago.

The medium to steep hill country property on the Napier-Taupo road won the rural category of the 2008 Hawkes Bay environmental awards.

It also includes the celebrated woodland garden, Trelinnoe, Park, established by his parents, which is open to the public and now also includes a cafe.

The family's ethos at Trelinnoe was based on its special location, which meant preserving native bush as well as keeping the soil in place on the hills.

About 15% of the farm was in QEII National Trust covenants and there was more than 300ha of regenerating bush and reserves.

Trees were planted every year and there were now about 15,000 scattered across paddocks to give shade and shelter to stock and stability to hillsides,When Mr Wills stood for the presidency last year, he admitted he was "far less experienced" both in farming and farming politics than the other three candidates.

Four nominations were received, the most seeking the office in the organisation's history, and it was the first contested election for the position since the early 1990s.

After his son plainly pointed out that he had a 25% chance of being elected, he went ahead and booked shearers for the Monday after the annual meeting.

He candidly admitted it was "bedlam" for a couple of weeks following his election as he was very unprepared.

He stood for three things: a more collaborative approach to advocacy, more open and honest discussion about farming environmental impact, and to be more inclusive of the rest of New Zealand.

During a recent visit to Dunedin, Mr Wills said he was pleased with the progress made in all three areas.

And the best measure was that the organisation's membership was growing at record rates.

He reckoned he was probably the first Federated Farmers president to have spent more time in the city than in the rural area, which he believed was a strength, and was not negative.

The compilation of the organisation's national board was also very cosmopolitan - "it's not a traditional board" - including the likes of former New Yorker Anders Crofoot, biotechnologist Dr William Rolleston, and Jeanette Maxwell, the first woman elected to the national board.

That mixture had also been very useful, he said.

Mr Wills was passionate about his role, which he said was an "absolute honour".

Prior to his appointment, he had "no idea" how influential and important the role was in Wellington.

And he liked to think that in his own small way somehow he was making "a bit of a difference", not just for the organisation's membership, but also to help New Zealand thrive and prosper "slightly better".

Like any job, it had cost the Wills family's farming operation back in Hawkes Bay and while he was still an integral part of the farm, there was a downside.

However, Mr Wills did not complain about that - "I chose to do this job. I put my hand up" - and he was enjoying the balance.

One of the proudest achievements of his involvement with Federated Farmers was championing the T150 campaign.

He launched the campaign in Hastings in September 2008 - it set a goal for $150 a lamb for the sheep-meat and wool industries to work together over the next five years.

At that time, the average lamb price received by farmers over the previous three years worked out to a mere $55 per lamb.

Mr Wills remained very passionate about the sheep and beef industry, while acknowledging the challenges posed by competing land uses, such as dairying on the flat country and forestry on the hills.

The meat industry was less organised than it should be and better rationalisation was needed.

He was also frustrated about the state of the wool industry, saying it was a wonderful product, yet the industry was "just not functioning".

The current returns were not acceptable for a product with "so many wonderful green features".

Once his tenure was over he would welcome the opportunity to take on some "reasonably high-profile" commercial directorships, Mr Wills said.

In the meantime, he still stood by the three principal objectives he initially stood for, saying they were still very important and they would be enduring for however long farmers supported him in the role.

The organisation's mission statement was to support its members to achieve profitable and sustainable farming and that was what it was all about, he said.

Agriculture was crucially important to New Zealand's economy, as was the environment, and it was about achieving the right balance between the two.

With good science and good management, that could be done.

Farming was "really, really important" but it could not be done without the services provided by the rural towns and urban centres.

On the whole, urban New Zealanders respected and admired farmers but they had several concerns - animal welfare and water and environmental impact.

He said 95% of farmers needed to be "absolutely proud" of what they did but there was a small minority that "let the side down" and made it tough for the majority.

About half his time was spent on water and environmental issues.

When he first came to the job, he talked about the need for farmers to have more open and honest discussion about environmental impacts.

He was very encouraged about how that discussion had been progressed, he said.

In fact, Federated Farmers water and environment spokesman Ian Mackenzie believed the dairy industry, within five years, would be the most environmentally sound industry in New Zealand.

Mr Wills had a simple message for members - "we need to lift our game". Urban New Zealand had a concern and that concern must be listened to.

But while the farming community did have to lift its game on average with environmental matters, they also had to continue to grow their businesses and profitability.

If farming was not successful, then the country struggled.

He also believed that tourism and agriculture needed to be far more intertwined and he was meeting Tourism Industry Association New Zealand chief executive Martin Snedden.

Mr Wills is also chairman of the East Coast Ballance Farm Environment Awards and chairman of the New Zealand Poplar and Willow Research Trust based at Massey University.