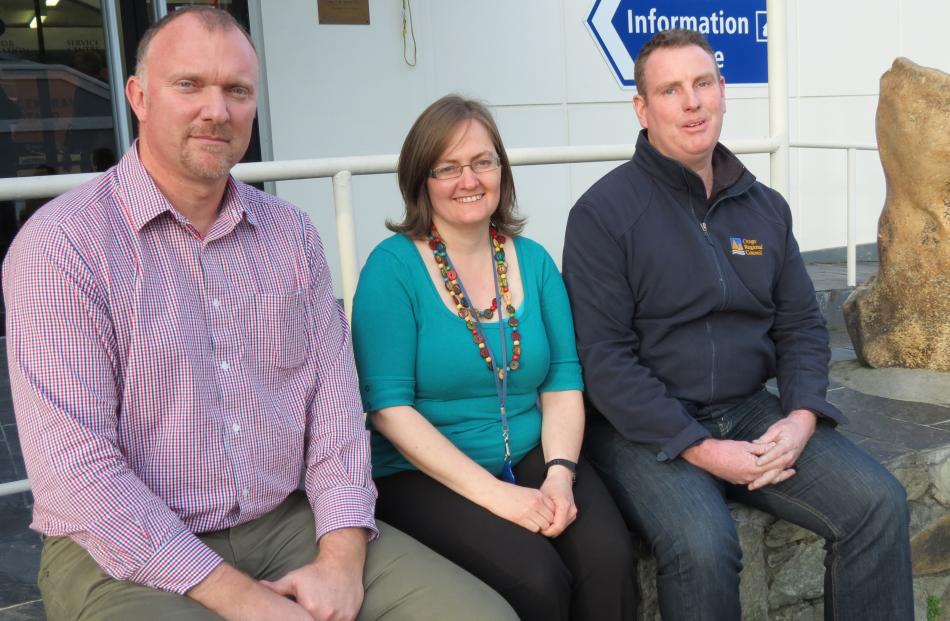 Otago Regional Council staff talked about its Otago Water Plan's Plan Change 6A at 15 meetings throughout the region, including Roxburgh, earlier this month. Photo by Yvonne O'Hara ...

The Otago Water Plan's Plan Change 6A (PC6A) was not about the Otago Regional Council using a ''big stick'' to ensure compliance for water quality, chief executive Peter Bodeker said.

He said the council did not wish to dictate to land owners, farmers, horticulturists and forest owners how they managed their properties.

The council decided to take an ''effects-based approach'' to controlling discharges from properties, rather than regulating operational methods, and to encourage management practices that ensured water leaving the property was of sufficient quality.

About 1000 people attended 15 roadshows on the PC6A water quality rules held by the Otago Regional Council around the region this month.

The roadshows informed farmers, horticulturists and other land users about Plan Change 6A, which came into effect in May.

At a roadshow in Roxburgh on July 1, Mr Bodeker said the new rules, which had been in development and consultation for four years, were part of the national water requirements at both a national and local level.

''The ORC's approach to water quality and the way its implements policy is a little different from some of the other regions, which are looking with interest to see how we do,'' Mr Bodeker said.

PC6A rules were developed to ensure water quality was maintained where it was good and enhanced where it was not and that rivers, lakes and aquifers were good enough to swim in, gather food from and be used for recreation.

Farmers were encouraged to monitor water leaving their property for contaminants such as nutrients, E. coli, sediment and phosphorous and take responsibility for that water's quality.

That meant finding the contaminant source and mitigating it, from removing dead stock in waterways to riparian planting and preventing effluent and silage run-off from entering drains and subsequently running into waterways.

ORC staff were prepared to work with landowners and land users to help them understand the rules and meet compliance requirements, take water samples for testing and understand the results.

There will be an increase in the number of aerial inspections carried out, with ORC staff looking for sediment getting into waterways from pugging, as well as algae, clarity, bank disturbance by stock and other non-compliance issues.

Landowners and managers were also encouraged to begin testing water as it left their properties and to move towards nutrient limit requirements, including nitrogen leaching levels, which were to be enforced from 2020.

The council has identified 10 ''hot spots'' in the Otago region, which had been identified as of ''poor'' water quality while a further seven were only ''fair''.