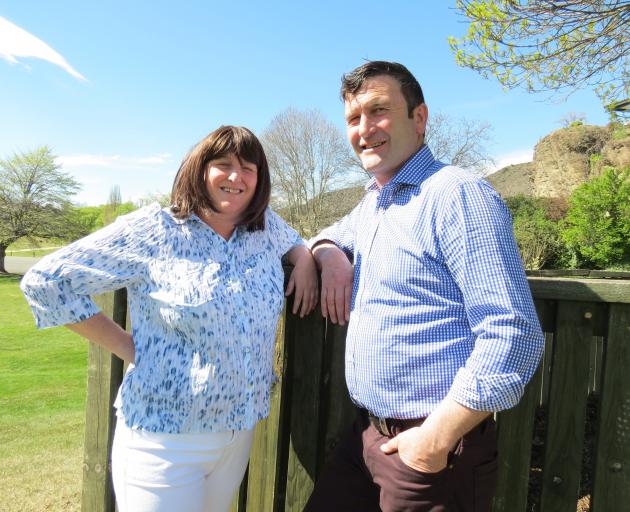 Members of the New Zealand Shearing Contractors Association's ''Tahi Ngatahi'' working party were in the region last week to hold three focus groups to ''flesh out'' content for the series of short and sharp videos and other information for the online units.

The group hopes the resource will be launched in April or May next year.

The project is being developed on behalf of the association in partnership with Federated Farmers, with support and funding from ACC and has taken 18 months to get to this stage.

Industry training organisation Te Ako Wool operations manager Jock Martin, of Alexandra, had been involved with one of the four meetings in the North Island in the past week, and attended the three meetings in Alexandra, Clydevale and Waipori Station on Friday.

He said farmers, farm workers, shepherds, shearers and wool handlers, had attended each meeting and supplied input about their experiences with health and safety, injuries etc in the industry.

''We have had really good engagement with about 10 to 15 people coming to each of the meetings,'' Mr Martin said.

He said the information about their experiences would ''flesh out'' the online resource, which would focus on health and safety practices and ways of reducing injuries within the industry.

''No other industry is doing what we are doing, so all eyes are on us,'' Mr Martin said.

Project manager Trish Ryan, of Wellington, had attended all the meetings.

''There was a really strong engagement about what they [the workers] loved in the job, like the physical aspects, and the people [in their team] who eventually become like family,'' Ms Ryan said.

''There is a real enthusiasm to do the best they can in their job.''

Some talked about being fortunate to have an experienced leading hand, team leader or experienced shearer who encouraged good work practices, which meant less fatigue, fewer muscle aches and pains, better work performances and fewer injuries.

Teams without the more experienced support often struggled and tended to talk more about pain, or made poor work and lifestyle choices such as those on nutrition and getting enough sleep.

''They did not know there were better ways.

''There is also an issue of sheep, which are getting much bigger.''

Ms Ryan said once the information and feedback was assembled, they would make a series of short videos, which will be available online and through social media.

''We hope to have a sneak peek, which will be available at the Southern Field Days [Waimumu], and in Masterton for the Golden Shears,'' she said.