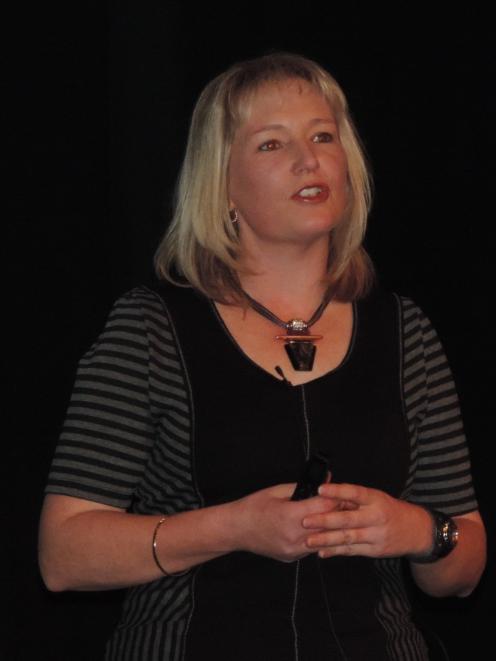 Delivering a keynote address at the South Island Dairy Event in Lincoln on June 24, the Rabobank food and agribusiness research and advisory senior dairy analyst said milk price volatility was not going away. We needed to aspire to where there was opportunity to enter more lucrative markets.

Consumers were concerned about food safety, product traceability, animal welfare and many other issues, but not at any price. There were limits on what they were prepared to pay.

''The market wants to pay the same as it has for the last three years, but it wants more in volume and characteristics.''

There were also limits on farmers being able to absorb increased production costs. They had risen everywhere, Ms Moynihan said, but New Zealand and Australia had a steeper rise than California, for example.

We now had similar production costs per litre of milk to California, although the components were ''vastly different''. The United States system was driven by the price of purchased feed, whereas New Zealand had high interest costs, she said.

The extra production was likely to come from the US and Europe, which had the capacity to grow to the required levels.

''New Zealand's place as the largest exporter alongside the European Union won't continue.''

''We're still below European costs. More importantly, we need to stay in touch with the Americans. The milk price has to be high enough to warrant increased production.''

Global competitiveness was not a right, but something that New Zealand had to earn, Ms Moynihan said.

She believed we needed ''a revolution, not evolution'', because we would not have time for slow, incremental changes.

Innovative thinking would be called for, so we could stay below the Californian production costs.

''We need to benchmark ourselves not just locally but globally.''

Our dairy industry had ''very solid foundations'', but we could not control the fact that others were copying it, she said. Currency and climate were also beyond our control.

Our strengths had been the quality and reputation of our products and earlier innovations such as crossbred cows, electric fences and instant milk powder that helped create the industry.

''Competitors have learned from New Zealand . . . they want to replicate our market chain and trade relationships.''

Our farmer-owners, ''resilient'' production systems, ''relatively weak'' competition for land use, and equity gains from changed land use had been the cornerstones of our doubled milk production in the past 20 years, Ms Moynihan said.

Others across the world looked at New Zealand free trade agreements, government support, and legislation that allowed Fonterra to be formed ''with a high degree of envy''.

But we were approaching the thin end of the wedge of our competitive advantage, as our industry changed and competitors caught up.