Landpro director gets time away 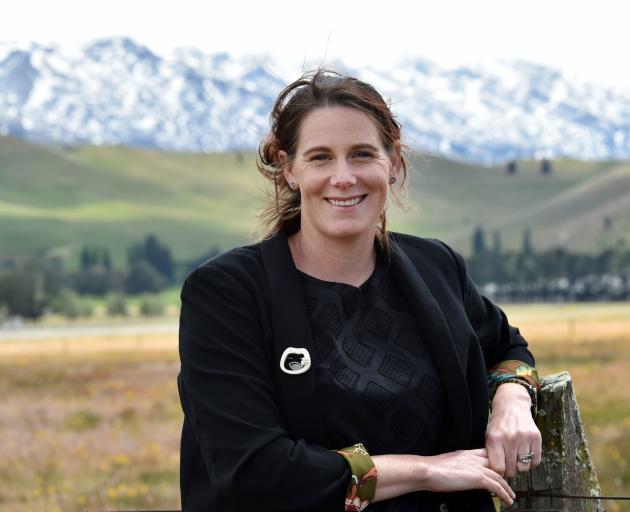 Landpro executive director Kate Scott is keen to explore the interface between policy and technology to get better environmental outcomes for agriculture. Photo: Peter McIntosh

Otago’s Kate Scott and Solis Norton were recently named among the latest crop of Nuffield scholars. They talk to agribusiness reporter Sally Rae about their work and the adventure that lies ahead.

Kate Scott quips that Landpro — the Central Otago-based planning and surveying company she jointly founded a decade ago — is "taking over the world, one small regional town at a time".

From a staff of one to about 30 now, the business expanded  incrementally as its reputation grew, with more people and disciplines added, and there were long-term goals to maintain that growth.

An office was established in Cromwell 10 years ago and there were now also offices in Gore and New Plymouth.

That move meant Ms Scott could embark on her Nuffield scholarship  knowing the business was in good hands.

Originally from Taranaki, where she grew up on a dairy farm, Ms Scott (37) shifted south with her husband, Scott Levings, to a family dairy farm at Roxburgh in 2006.

The couple worked together on the farm in the first year and Mr Levings was on the farm for about six years. He won the Otago farm manager of the year title in the New Zealand Dairy Industry Awards in 2011. He is now a rural banker.

Ms Scott had previously graduated from Victoria University with a degree in geography and political science and worked as a resource management planner. She had continued to do some contract work while on the farm.

After her first year on the farm, she decided to jointly establish Landpro.  Cromwell was chosen as its headquarters as it was central for clients in  Otago and Southland.

The couple  now live at Bannockburn with their three  sons — George (7), Ted (3) and Henry (19 months) — and relish the Central Otago lifestyle and environment.

Ms Scott is passionate about  primary industries and the environment, working across a broad range of sectors including dairy, sheep and beef, horticulture and viticulture.

She said she had always been "a little bit of a farm girl at heart  — I still quite like to get my gumboots on from time to time" — and admitted she could still milk a cow if she had to.

She has extensive irrigation experience, including as project manager for the Manuherikia Catchment Water Strategy Group.

Landpro’s team covered a very broad range of projects from a 150-lot subdivision in Cromwell to vineyard developments and also worked with high country pastoral lease properties. It was nice to have such variety as every job was different, she said.

It was a very interesting space to be in; agribusinesses had not had to face such a degree of regulatory requirements before now and the goalposts were continuously shifting.

Working with clients — and often their advisers in a team approach — to achieve a good outcome was very pleasurable. It was all about helping people, she said.

A recent exciting development was investing in a plane. While Landpro had the first survey-accurate drone in New Zealand, they kept finding that the areas clients were asking them to fly with it were becoming bigger and bigger, and it was becoming less efficient.

Technology was a very important part of Landpro’s business and the Lidar technology they now had meant they could measure ground surface through vegetation.

It was difficult at the moment finding skilled staff, like planners, as it was a growing space and there was more demand for them.It seemed particularly hard to encourage people to move out of the cities, yet Central Otago offered a great lifestyle.

Ms Scott, who has two business partners, said the appointment of Ms McLachlan had been a great transition.

It was exciting to have a "fresh set of eyes" coming into the business and it was also exciting to have someone to help drive Landpro forward to the next phase. Ms Scott applied for a  Nuffield scholarship  because she was keen for some  personal development.

The 12-month scholarship programme, with up to 20 weeks spent overseas, allows participants to spend time away from their business and to travel to observe, immerse, reflect and learn about global agricultural practices and the contexts they were operating in.

A research topic, which focused on an issue/challenge for the New Zealand primary sector, would be a focus of individual travel and investigation.

She was interested in exploring the interface between policy and technology to get better environmental outcomes for New Zealand agriculture.

Part of that was taking a stocktake of where New Zealand was at environmentally on a global scale, benchmarking it against other countries, and looking at how it was tracking and where it needed to go.

Hopefully, it would help to bridge the urban-rural divide, facilitate some good conversations and achieve good outcomes for New Zealand.

Ms Scott is excited about the opportunity while acknowledging it is also quite daunting, particularly as she has  young children.

She said she was fortunate to have such a supportive husband  and family.

She hoped her family would join her at some point during the Nuffield experience and "make it a family adventure".

Coincidentally, her uncle Phillip Luscombe was also a  Nuffield scholar and he was "pretty chuffed" to hear his niece’s news.

"It will be an adventure." 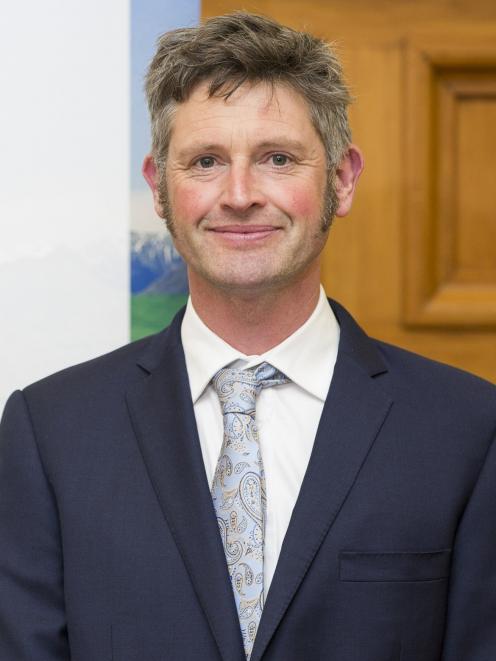 He expected it would be a  very busy time but  was looking forward to making the most of the opportunity.

Dr Norton grew up in Dunedin’s Northeast Valley and went to Massey University, where he completed a bachelor in agricultural science degree in 1996, a masters degree in applied science and then a PhD in the epidemiology of Johne’s disease in New Zealand dairy herds.

Part-way through that, he became interested in energy and  decided, when he completed  his PhD,  to "have a wee look at that".

Returning to Otago, he looked at energy use in  farming systems, through an involvement with the Otago Energy Research Centre and the Centre for Sustainability.

He was one of the "number crunchers" for the Agricultural Research Group on Sustainability (Argos), a joint venture between the AgriBusiness Group, Lincoln University and the University of Otago. It was a role  he loved.

Dr Norton then joined the New Zealand deer industry as project manager for the newly-established national programme against Johne’s disease.

Huge inroads had since been made and those in the deer industry had done a "fantastic job", he said.

The energy aspect had always been "gnawing away" in the back of his mind and he received an Agmardt leadership award in 2014 which allowed him to travel to the United States and visit some energy experts.

The Nuffield scholarship was an opportunity torevisit that, especially with a few years of industry experience.He wanted to look at how to manage farms through energy constraints, whether social or physical.