Life a blur of activity for radio host 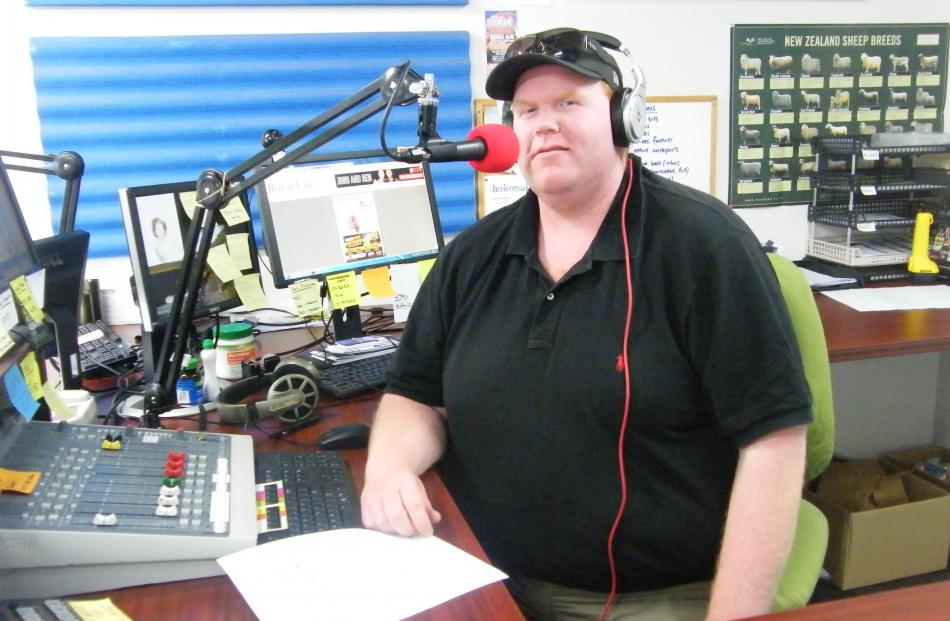 As the new voice behind the Southern Farming show, Balfour man Jonny Turner is now making his mark on the Hokonui radio station.

His rural background began in the small Northern Southland community and has played a great influence on his getting involved with radio, as well as his passion for horse racing.

Growing up in Balfour on a mixed farming property, Mr Turner had always had a rural background and he had wanted to get involved with radio. When the opportunity arose he could not have been happier.

Mr Turner balances his radio show with studying at the Peter Arnett School of Journalism as well as continuing to work with race horses by grazing and pre-training harness racing horses.

''I had always had an interest in journalism and always wanted to be involved with radio. Working here lets me mix my passions with work,'' he said.

He had also become involved with the Balfour Theatre company which would be putting on a show in June.

Mr Turner also travelled to Dunedin for training with the Farming Show and Jamie MacKay and said it was worthwhile time and he had learned a lot.

''It's just a great opportunity.''

Balancing the workload that he does, Mr Turner said it was hard work to study, continuing training his horses and present the Southern Farming Muster but it was doable, as he was well organised.

The biggest learning curve about radio that had happened to Mr Turner was learning to present and interview on the air and he was now starting to get the hang of it.