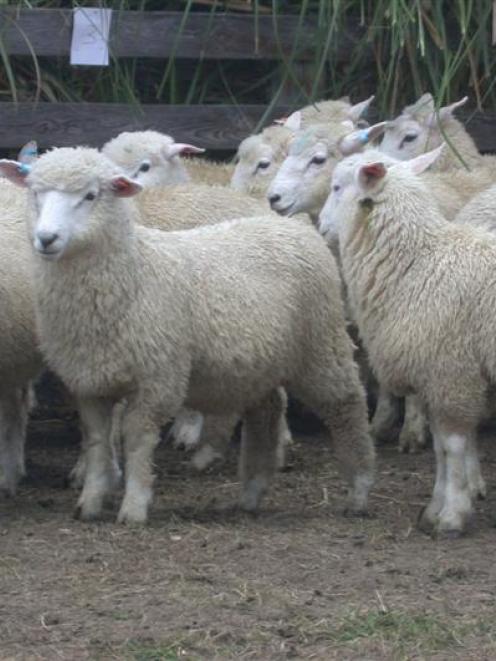 A new report has identified three initial areas where the red meat export sector can lift its game. Photo by Neal Wallace.
The way farmers sell livestock and the market behaviour of meat exporters have been identified in a new report as two areas hindering the performance of the red meat sector.

"The farming community and processors are both committed to making a change," he said.

The report, commissioned by the Meat Industry Association and Beef and Lamb New Zealand, has initially identified three areas needing to be addressed: livestock procurement, especially the role of stock agents and third parties; in-market behaviour of exporters; and variable farm performance.

Mr MacLeod said using stock agents and other third parties distorted market signals to farmers, as they were influenced by factors such as throughput while adding costs which, he said, exceeded any benefits.

He recounted the story of one farmer interviewed for the study who was horrified when he realised how much he was paying an agent to draft his lambs. The farmer had since negotiated a much more favourable deal by dealing directly with his processor.

"The pricing signals they predominantly get are driven by processor efficiency requirements rather than market signals."

The study has reiterated the long-held view that in-market competition between exporters for market share drives down prices.

Mr MacLeod said research had not discovered any market where competing sellers of a commodity, where price was the only differentiation, had driven up market prices.

Meat Industry Association chairman Bill Falconer said precedents already existed for exporters collaborating to service markets, and he did not expect the strategy to prescribe how they tackled specific markets.

"I expect it will lay out the logic of collaboration, where they should work together and where they will compete. But do not assume they will run away from it [collaborating]."

While many farmers have left the industry because of low returns, Mr MacLeod said others were very successful and profitable, and when the business performance of the less profitable was lifted, sheep would be a stronger competitor for land.

He said top performers tended to take a harder, business approach to their farms, focused on what they had control over and did not look for others to shoulder blame when things went wrong.

The technology and science needed to lift the performance of farmers outside the top echelon already existed.

Mr MacLeod acknowledged changing the behaviour of farmers, processors and exporters was difficult, but he believed there was a desire, not previously evident, to change; partly out of necessity.

The sheep industry was being squeezed between competition from dairying on intensive finishing country and forestry on traditional lamb-breeding hill country, which had seen the lamb kill fall 6 million in six years.

On Monday, the report's authors will begin a series of farmer meetings to discuss their initial findings. The first will take place in Gore.