Singer really is a country woman 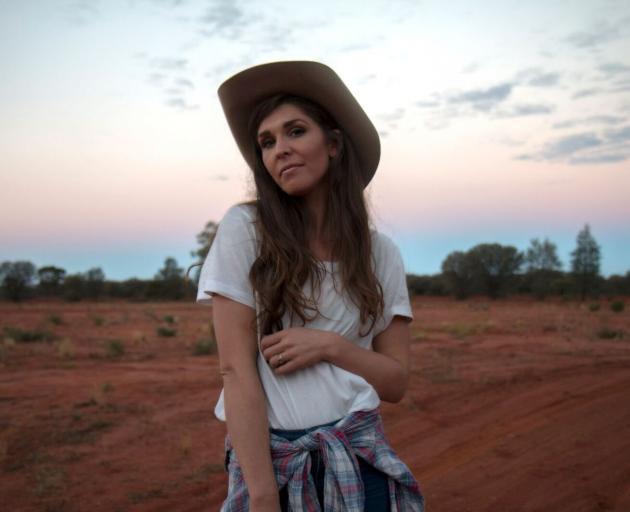 Unlike many of her counterparts, Ms Lumsden (30) is a true country girl, brought up on a sheep and cropping farm in western New South Wales.

Born Edwina Margaret Lumsden - she got the nickname Fanny at university and it stuck - she enjoyed a typical rural upbringing: riding horses and helping on the farm after school and during school holidays.

Keen on agriculture, she studied rural science at the University of New England in Armidale and ended up doing an honours degree in wool and sustainability in high fashion.

''Nothing to do with what I'm doing now,'' she laughs. ''I loved all the ag stuff but haven't really used it since.''

Always interested in music, it was towards the end of her tertiary studies that she started writing more music.

Once she finished her studies, she headed to Sydney where she formed a band and increasingly became more immersed in the music scene.

These days, Ms Lumsden and her musician partner Dan Stanley Freeman spend much of their time on the road touring.

They have driven 87,000km over the past 14 months, pulling a little, old caravan called Little Millie.

''Most of our life is spent driving or playing shows,'' Ms Lumsden said from Christchurch, where she was preparing for shows at Lyttelton and Akaroa.

Last week, she was in the South, playing with singer-songwriter Melody Moko at Sherwood in Queenstown on Thursday, Gin and Raspberry in Wanaka on Friday, and at a house concert in Omarama on Saturday.

Her debut record Small Town Big Shot was released in 2015 and it was around that time that ''everything changed''.

The album was crowdfunded. She had no idea how it was going to go but the response was ''unreal'', she said.

It debuted at No 6 on the ARIA chart and was nominated for best country album at the 2016 ARIA awards.

She was thrilled with a review from Rolling Stone magazine, that described her as ''a breath of fresh country air'', saying she differentiated herself from Australian country peers ''with her clear-eyed, unvarnished articulation of life in the bush as it is, rather than as it was''.

Often, she and her band were playing in a hall ''in the middle of a paddock hundreds of kilometres from anywhere'' - and it was that aspect of touring that she loved.

She was passionate about taking music to those places. Not only was it an opportunity to see amazing parts of the country, but also to meet people and hear - and be inspired - by their stories, she said.

Often, shows in those small communities were more successful than in larger centres, although her next tour included gigs in Sydney and Melbourne.

Life, she acknowledged, was crazy. It was tiring but also ''awesome''. Sometimes, like the 16-hour drive in one day, it was also a bit much.

But music was what she loved and there was a lot going on at the moment, including a new album coming out and starting her own record label.

As far as future plans, Ms Lumsden wanted to ''keep doing what we're doing''- ''just for it to be maybe not so mad'' - and keep writing music that she was proud of.

She hoped to tour in Canada, the United Kingdom and United States over the next couple of years.

In the meantime, she was looking forward to spending a few days in the middle of her first visit to New Zealand exploring the countryside.