Trust works more at top of the cliff 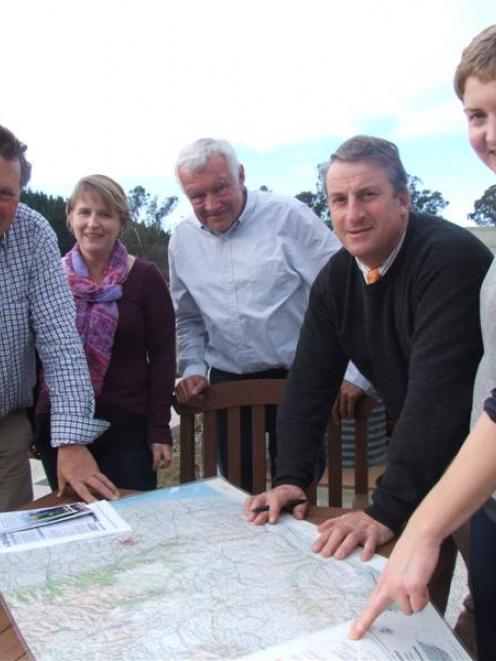 Traditionally, the work of the trust had been ''the ambulance at the bottom of the cliff'', mostly during adverse weather events like floods, snow storms and droughts.

But increasingly, the trust was ''doing more work at the top of the cliff'', assisting rural families who were under stress, chairman Gavan Herlihy, of Wanaka, said.

The trust was initially set up as a North Otago initiative, during the tough climatic times of the 1980s.

When Central Otago experienced major climatic challenges during the early 1990s, it was decided the successful North Otago model be extended, and it later grew to be an Otago initiative. There were now a series of trusts throughout New Zealand.

The Otago Rural Support Trust has two co-ordinators, Jodelle Leatham and David Mellish, administrator Andrea Ludemann, and eight trustees throughout the region who were initially its ''eyes and ears'', Mr Herlihy said.

During adverse weather events, the trust assisted rural people in getting emergency assistance, or ongoing help.

The trust saw its role as ''quite widespread'' and not just following adverse events, but assisting rural families through various challenges.

It was about using the trust's resources and aligning them more directly with the current and ongoing need of the rural community, he said.

Its co-ordinators were trained to help find ways to manage rural challenges, including personal, environmental and financial, and could assist with referrals to appropriate professional help.

In recent times, the trust had also been behind the scenes, assisting with animal welfare cases brought to the notice of the Ministry for Primary Industries.

''We believe it's in everybody's interests, especially for the context of the wider public perception of the farming sector, such cases are dealt with quickly and hopefully addressed before they become exposed to national media coverage,'' he said.

Trustee Richard Burdon, from Lake Hawea, said people often did not see any options, but a co-ordinator could see them, present them to them and ''take them down a different path''.

Nationally, Mr Burdon said there were some ''huge issues'', citing the likes of the kiwifruit vine disease Psa, which had ''wiped out'' people's livelihoods in the North Island.

''We've got to be able to adapt to all sorts of different issues,'' he said. Mr Mellish urged the rural community to keep an eye on neighbours. Statistics showed, on average, one farmer committed suicide every two weeks.

He had been involved with a series of rural mental health workshops organised by the Southern PHO, called Rural Life: Keeping the Balance.

Ms Leatham, who lives in Mosgiel, took on the role in September last year, having seen the position as an extension of what she was already doing as a social worker with Child, Youth and Family.

That role gave her insight and knowledge around what was ''out there'' in the way of support and services, or ''what's not out there'', especially in the rural sector, she said.

Brought up in West Otago, she had a strong affinity and familiarity with the rural sector. She had seen the impact of adverse events on farmers, along with how isolated many were day to day.

Most of the work she had done to date had been talking to people dealing with stress and depression.

A lot of farmers had no-one ''neutral'' to talk to. Some families came from overseas or had moved to a new community and it could be quite difficult, she said.

Support and services were available, but it was a matter of finding a ''link'' in and that was where the rural support trusts came in, she said.

When it came to mental health, there was a lot more awareness about it and also more self-help tools available.

''It could be as simple as logging on to a computer and having a look,'' she said.

It was important to seek help immediately and those affected needed to ''make that first step'', she said.