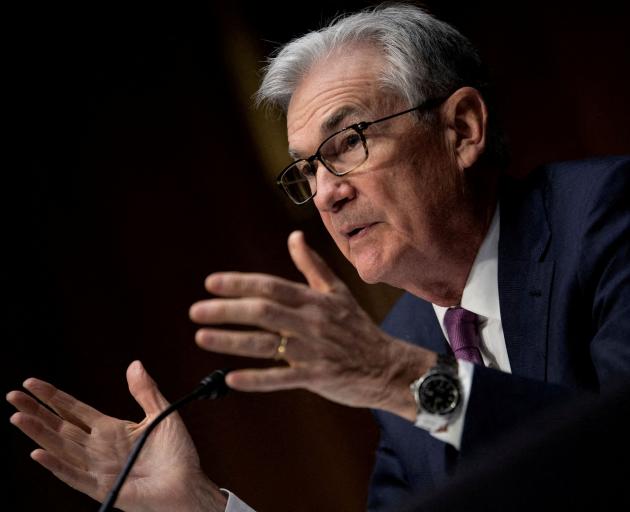 Earlier this week, US Federal Reserve chairman Jerome Powell said the central bank was prepared to raise interest rates half a percentage point at its next meeting if needed.

The bank raised the benchmark lending rate by a quarter point at its meeting last week — ending two years of near-zero costs — and signalled more hikes this year.

Given the US was one of the largest economies in the world there would be ramifications for most countries, Craigs Investment Partners broker Peter McIntyre said.

In New Zealand, that would result in home loan rates increasing.

"If the cost of funding increases so will offshore funding and ultimately that will lead to higher mortgage rates."

Inflation was a problem most countries were facing, especially now with Russia and Ukraine adding further pressure and complexity to the situation.

Central banks around the world were trying to dampen the inflation down as quickly as they could.

"It’s like you’ve got a fire burning bigger and getting more out of control, so what will you do? Add more water to it," he said.

It would be a "complete shock" to the New Zealand market if there were six interest rate hikes in the US as the Fed was forecasting .

"For us, when they meet in April, it will be how aggressive they are going to be," Mr McIntyre said.

However, given investors were already trading in an inflationary environment, and had already priced increases, that was unlikely, he said.

University of Otago department of economics senior lecturer Dr Murat Ungor said the Reserve Bank of New Zealand (RBNZ) would be looking "very closely" at how high the Fed went.

With the way the war in Ukraine was going, and the impact it was having on oil prices and other commodities, he expected the RBNZ to lift the New Zealand official cash rate (OCR) by 50 basis points at its next two announcements, Dr Ungor said.

"A 25bp hike is no longer an effective way of fighting the inflation, particularly with no ceasefire insight," he said.

Market pricing suggested there was a 70% chance the bank would raise the OCR by 50bp at its next opportunity on April 13. — Additional reporting The New Zealand Herald