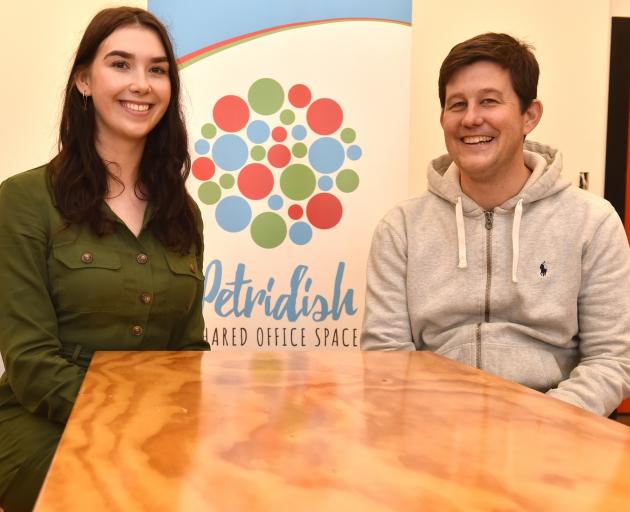 A humble Jason Lindsey was speaking about how he came to start Dunedin’s shared office space Petridish, which is celebrating its fifth birthday this week.

After a career working in film and television in the United States and New Zealand, Mr Lindsey and his wife, Kate, moved to Dunedin and bought the historic Ross & Glendining building in Stafford St.

"We bought the building not really knowing what we were going to do with it, and the bank wanted us to secure some traditional five- or 10-year leases.

"We really struggled at the time to get companies that would take them," he said.

After wondering what to do, Mr Lindsey fitted out a space on the second floor with 12 desks with the idea to try out a shared office space.

"The first week we had four or five people that had started up businesses come in and then they went on to tell friends about us.

"By the end of the week, we were pretty full so we started fitting out the next space the following Monday," he said.

Mr Lindsey believed Petridish was much more than a shared office space.

"People would probably look at this and think the product we sell was offices and facilities, but really what we sell is community.

"We knew we had to find a point of difference because if a big shared office space company came into town and pulled a Walmart kind of thing where they put their prices down so low, they would choke us out of business.

"We knew if we built a community and people found their tribe here they were more likely to stay," he said.

Now there were 60 businesses, both well-established and start-ups, and 150 people working throughout the building.

Covid-19 had been tough on the business, though.

"We lost nearly 20% of our community and the majority of those were start-ups.

"I think for most people running businesses, they think of the financial loss but for us we lost people we cared deeply about," Mr Lindsey said.

Following nine months of being in "survival mode" after the lockdown, the business has begun to stabilise again.

Later this year, Petridish will open an area aimed at helping start-ups design products across a range of technologies by providing access to workshop and educational resources called the "Inventors’ Lab."

Mr Lindsey hoped to be there for another five years and beyond.

"I feel pretty positive we will be here for another five years. We have probably had some opportunities to get out a couple times.

"I think it would be very hard for me to let go and I’d be quietly foolish," he said.