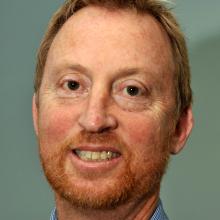 The B+I division delivered a $292 million loss for its year to last June and, in October, Fletcher Building estimated there would be a further $160 million loss booked during 2018.

However, not only is that loss now expected to be larger, it is expected to breach banking covenants and analysts believe another ``significant writedown'' is in the offing.

Fletcher shares were placed on trading halt yesterday, and will reopen on Monday, once a review of B+I is completed and made public.

Fletcher said yesterday, ``although the project reviews were not yet complete, the current expectation of the board is that there will be further material losses in the B+I business beyond what was provided for in October 2017'' at its annual shareholder meeting.

``Once the extent of those further losses is determined and provided for, it is expected that this would result in a breach of one or more of the covenants in the group's financing arrangements,'' Fletcher said in yesterday's market statement.

Only last week, analysts were speculating on the forthcoming reporting season, highlighting Fletcher would want to put last year behind it, after things went ``horribly wrong''.

Most of 19 of B+I's construction contracts were on fixed price contracts, including Auckland's international convention centre and Christchurch's Justice Precinct.

Because B+I's plight included ongoing ``uncertainty'', the division was separated from the rest of the wider Fletcher group.

Fletcher said yesterday it was still reviewing the key B+I projects, for the preparation of Fletcher's half year to December result.

Craigs Investment Partners broker Peter McIntyre said brokers and the market were taken by surprise yesterday, given there had already been a downgrade, and the NZX had, in January, cleared Fletcher of any disclosure breaches.

Fletcher's self-described ``further material losses'' could be in the ``$50million plus'' range, he said.

``We expect another significant writedown for Fletcher, while its share price will [also] come under significant pressure when it reopens on Monday,'' Mr McIntyre said.

``Investors, once bitten, will be twice shy, until they get some clarity,'' he said.

The country had been ``riding a wave of infrastructure projects ... unprecedented in modern New Zealand history'', he said.

``It's really unfortunate Fletcher's has mistimed this so badly,'' he said.

Fletcher had gone from being a ``sharemarket darling'' in the early 2000s, when it under-promised and overdelivered, to now having to explain where things went wrong.

Mr McIntyre said although 19 projects were under scrutiny, analysts and investors would still be examining closely the conference centre and Justice Precinct and how much they had contributed to the mounting losses.

``Management will find themselves under the pump,'' he said of the explanations expected by shareholders and the market next week.