Fries with that? Townhouse with Maccas sign sells for $2.09m 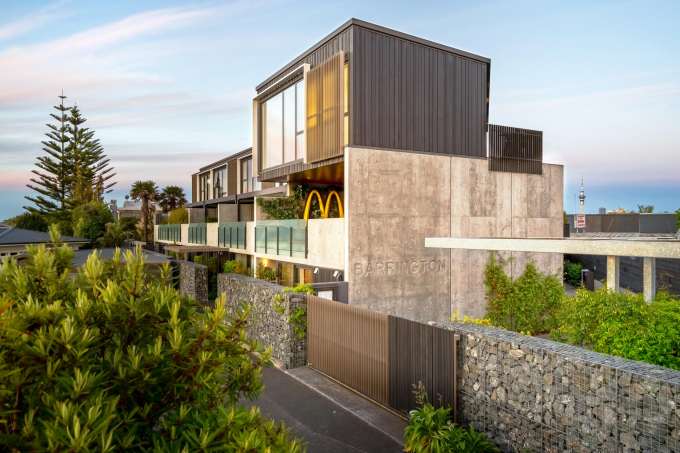 20 Barrington Rd, in Grey Lynn, Auckland, was in demand at Bayleys' auctions. Photo: Supplied
An Auckland townhouse that could be mistaken for a MacDonald’s restaurant has sold under the hammer for more than $2 million.

Marketed by Bayleys agent Blair Haddow, the cool three-bedroom townhouse at 20 Barrington Road, in Grey Lynn, features an eye-popping art collection that includes a replica of the famous McDonald's arches on the balcony.

The property attracted strong interest at the Bayleys auction yesterday, with bidding starting high at $2 million, then stretching to $2.09 million - almost $400,000 above its 2017 rating valuation. 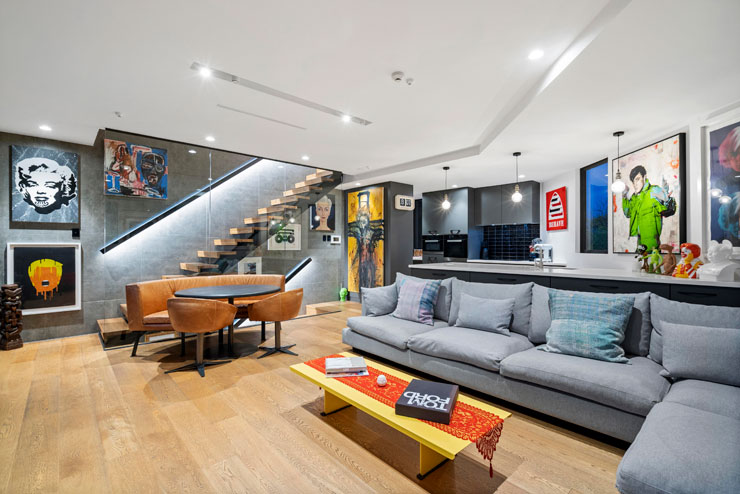 The vendor's art collection is a big part of 20 Barrington Rd. Photo: Supplied
Haddow said the vendor was an art-collector who was selling up after purchasing a new property elsewhere.

The contemporary artworks, although not included in the sale, were front and centre in the listing photos on OneRoof.co.nz and had garnered a lot of attention from potential buyers.

The townhouse is one of eight boutique developments in the three-storey development known as The Barrington.

Other high-end homes in Grey Lynn and the surrounding suburbs also performed well at auctions yesterday. 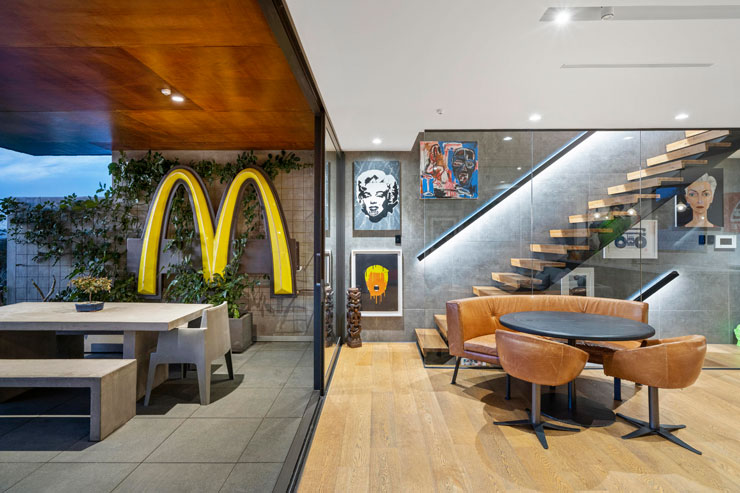 Photo: Supplied
Another property listed with Haddow, an immaculately presented four-bedroom villa in nearby 16 Wellpark Avenue, sold earlier in the day for $3.81 million - almost $2 million above its 2017 rating valuation.

And an impressive-looking architecturally designed four-bedroom house at 30 Edgars Road, in Westmere, sold for $3.71 million - almost $1 million above its rating valuation.

The property, which was marketed by Bayleys agent Edward Pack, attracted strong bids in the auction room.