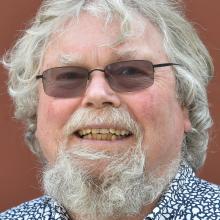 Warren Tate
Tests being undertaken at the University of Otago may provide some answers for those suffering from myalgic encephalomyelitis, or chronic fatigue syndrome (ME/CFS).

Biochemistry Prof Warren Tate is in the early stages of research examining the effects of the antioxidant drug MitoQ on  immune cell energy levels.

He hopes the work will find benefits for sufferers of the debilitating lifelong neuro-immune disease, which has a range of symptoms affecting energy delivery and all body systems.

There are very few effective treatments.

Dr Eiren Sweetman has been working with Prof Tate after being inspired by his passion to find a cause and, hopefully, relief for ME/CFS.

Mitochondrial dysfunction and associated oxidative stress is a symptom of ageing and numerous health conditions affecting vital systems, including cardiovascular and neurological systems.

The original research, published in 2001, has been cited 590 times in other research papers as medical scientists have a better understanding of how mitochondria are critical to the body’s energy and immune systems.

Dr Sweetman, who graduated with her PhD last weekend, said people survived the disease by having a supportive network of friends and family. Before studying with Prof Tate, Dr Sweetman had no experience of the disease and knew no-one suffering from it.

"It’s sad to hear their stories. ME and fibromyalgia are very low on the scale of socially acceptable diseases."

Now, when she talked to people she was constantly surprised by how many knew someone who was affected by ME/CFS. The more questions she asked, the more information she wanted to find.

Recently, Prof Tate and Dr Sweetman took delivery of a new piece of equipment called a Seahorse Analyser, which allowed the lab to measure the oxygen consumption rate and  extracellular acidification rate of live cells — interrogating key cellular functions such as mitochondrial respiration and oxidative stress.

Using the analyser, Prof Tate and Dr Sweetman could use live blood cells and determine a new measure called the Bioenergetic Health Index, subsequently applying MitoQ to live cells to evaluate improvements in energy status of the cells.

In conjunction, Prof Tate was engaged in a new study with another university department that would identify the social issues of ME/CFS, along with the use of an index of energy levels patients could use to show researchers and their GPs. Isolation was a major problem for sufferers.

Recent studies from Norway had shown deficits in the energetic mechanisms in ME/CFS patients.

Prof Tate thought there was a good reason to believe the severe fatigue experienced by ME/CFS patients was, at least in part, rooted at cellular level.

In an interview, Prof Tate said tests on live cells could be carried out in an afternoon by Dr Sweetman, a big step forward from the previous tests.