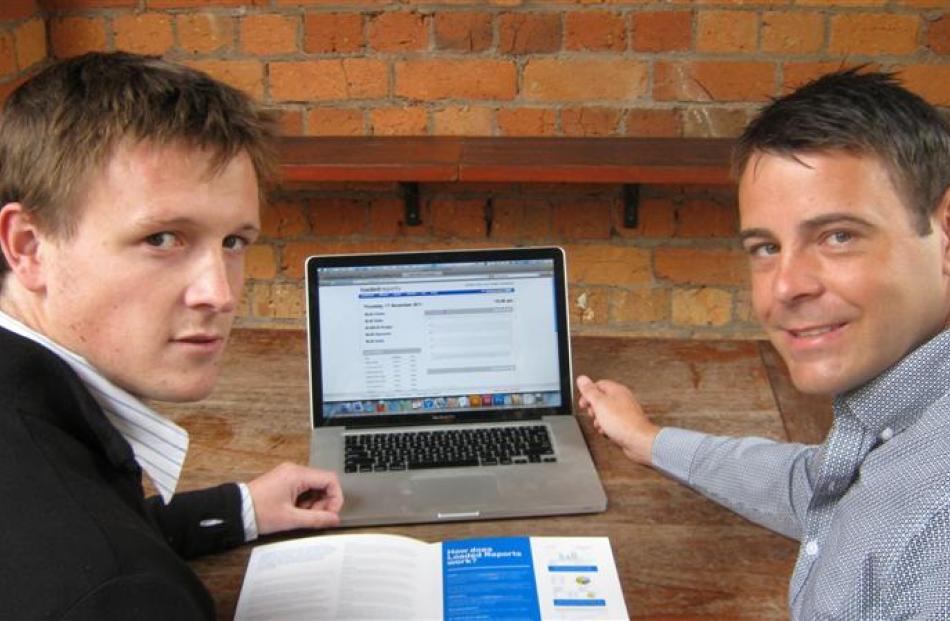 More than 150 customers have signed up to use a ground-breaking Dunedin-based hospitality industry business tool and, with two major investors backing the project, its future looks bright.

The product, launched in September 2011, allows users to log in from anywhere with internet capability to view point-of-sale information of their businesses in real time.

It connects that information to its rostering, time clock, budgeting and stock management features, making it easier for hospitality staff to manage their business, even from remote locations.

Mr Arnott, Loaded Reports chief executive, said the customer base was increasing by about 25% a month, with revenue growing by more than 400% per annum.

Mr Arnott and Mr McLeod created the product after they became frustrated with existing financial and operational management systems in the industry.

The investment from Mr Borren, Hellaby Holdings founder, and Mr Crawford, a software industry veteran - both of whom had taken up directorships with Loaded Reports - would underpin its future growth and direction.

Mr Crawford spent 20 years delivering software solutions for the financial industry, both nationally and internationally, including with Microsoft, before returning to New Zealand as Microsoft NZ's director of services, a post he held until 2001.

''It's rare to find a technology product that has been developed for an industry by people who are living and breathing that industry themselves.

''The hospitality industry is effectively quite similar all over the world, offering a potentially large opportunity for this product.

''The Cook Brothers Bars' guys have a successful track record in their previous and current ventures, so I was keen to be involved in Loaded Reports, to see if I can help them in any way to achieve the growth they aspire to,'' he said.

Mr Arnott said the backing from Mr Borren and Mr Crawford gave surety they had an ''excellent blend'' of technical and industry experience, with a good ability to manage the risk which came with running a company experiencing rapid growth.