Kiwi falls on back of comments from Federal Reserve 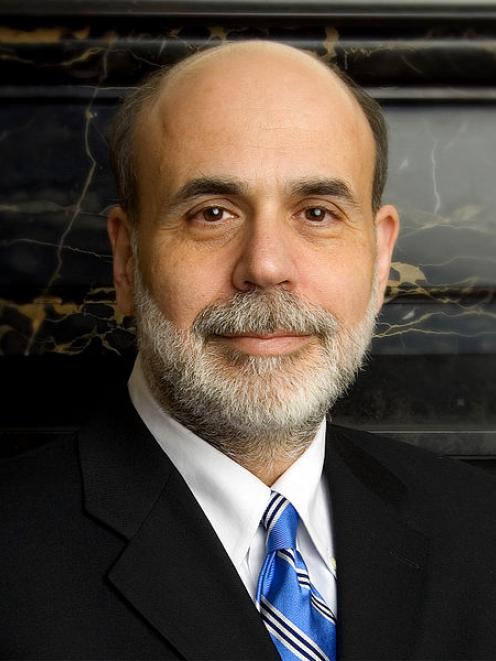 Ben Bernanke
Fears that the New Zealand dollar would continue its upward spiral were put to rest today when comments from the US Federal Reserve chairman Ben Bernancke revived optimism about the US economy, sending the greenback higher and the Kiwi sharply lower.

Statements from the Federal Reserve on Wednesday were at first perceived as being bearish for the greenback, which meant the Kiwi spiked higher to US82.05c. Later, when it became clear that the days of quantitative easing may be numbered, selling emerged and the kiwi dropped like a stone to US80.50c. By 5pm on Thursday it had lost more ground to US80.2c.

In his testimony to Congress, Bernancke said the Fed's bond-buying programme would remain in place for now. But he said a decision to scale back the US$85 billion in bonds the Fed buys each month could be taken at one of the Fed's "next few meetings" if the labour market was strong.

The US dollar index, which measures the greenback's value against a basket of currencies, rose to 84.5 - its highest level since July 2010 - on the back of Bernancke's comments.

In April, the New Zealand dollar hit US86.75c and looked set to breach its post-float high of US88.43c before the market started to factor in an improved US economy and the chances of quantitative easing - the printing of money - coming to an end.

Sam Tuck, senior manager of foreign exchange at ANZ New Zealand, said developments overnight had put a serious dent in the Kiwi's prospects. "It's knocked the stuffing out of the notion that the New Zealand dollar is on an unstoppable run to the top side," he told APNZ.

The Reserve Bank intervened to sell New Zealand dollars last month but dealers said it was difficult to gauge what the effect the bank's action had been, or whether it had been in the market again this month.

The US dollar's weakness has been the main reason behind the New Zealand dollar's strength over the last few years as America resorted to three extensive rounds of quantitative easing to try and kick-start its economy.

While the New Zealand dollar has dropped by 7.5 per cent against the US dollar since April, it has largely held its ground on its Trade-Weighted Index, which today was at 76.07 compared with post float high of 79.67 on April 11. Dealers said the index had remained relatively high because of the Kiwi's strong performance against the Australian dollar.

John Walley, chief executive of the New Zealand Manufacturers and Exporters Association said the Kiwi's fall was "welcome realignment " against the US dollar but that volatility in the market still presented a "lottery" for exporters.

"The chances of the Kiwi now heading back to US85c and beyond are now much slimmer," Jones said.

He expected the Kiwi to remain elevated but at a lower range of around US75c to US82c from a previous range of US80c to US90c.

"I think it (the NZ dollar rally) is dead and buried, unless you think the US economy is going to fall into a pothole," he said, adding the latest signals from the Fed had served to put a cap on the Kiwi.

Westpac senior market strategist Imre Speizer said he had expected the NZ/US dollar rate to go through a "soggy" patch around the middle of the year, due in part to the lagged effects of the drought on the New Zealand economy, but he expected the Kiwi to start firming towards the year's end. Speizer said a drop in the Kiwi to US78c would run the risk of a major break to still lower levels.