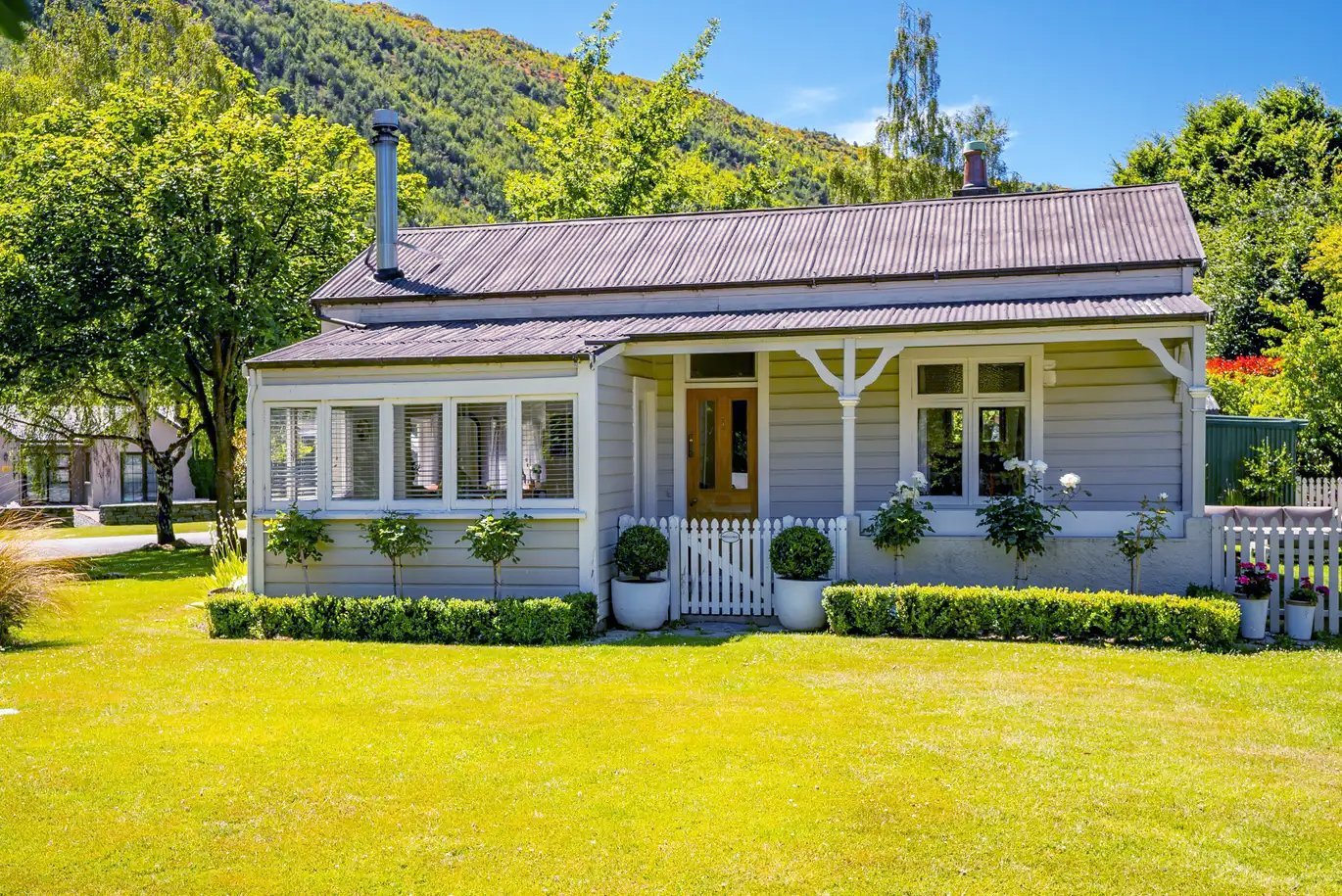 Nadia Lim wants to start a farm-to-consumer store in this historic cottage’s garage (not pictured) in Arrowtown. PHOTO: RAY WHITE QUEENSTOWN
Food entrepreneur Nadia Lim and her husband are planning to open a "farm-to-consumer" retail shop in the garage of a historic Arrowtown cottage.

When contacted, Ms Lim’s husband, Carlos Bagrie, said they planned to turn the garage of Murphy’s Cottage at 1 Merioneth St into a "little grassroots" farm shop.

It was hoped the store would connect the community more to how food was grown and raised in the most local way possible, Mr Bagrie said.

The Queenstown Lakes District Council is considering an application from the couple’s company, Royalburn Station Ltd, to operate the store, which sits in the Arrowtown residential historic management zone.

It would open six days a week, operated by one or two staff.

The property is estimated to have been built between 1875 and 1882.

Murphy’s Cottage would not be affected by the proposal at all.

Proposed work involves some minor alterations to the 1970s-built garage and the removal of one of the post-1940s sheds for a car parking area.

In its submission supporting the application, the Arrowtown planning advisory group said the farm produce store "nicely reflects" the rural origins of Arrowtown and its historical connections with the Crown Terrace.

The store was "low-key", would not affect how the cottage itself looked and did not constitute commercial creep that would affect the character or amenity of the area, it said.

Arrowtown Promotion and Business Association manager Nicky Busst would not directly comment on the couple’s plans, but said a store of that kind would be good for Arrowtown.

"It would be the perfect fit for us," she said.

The couple bought Royalburn Station in 2019.