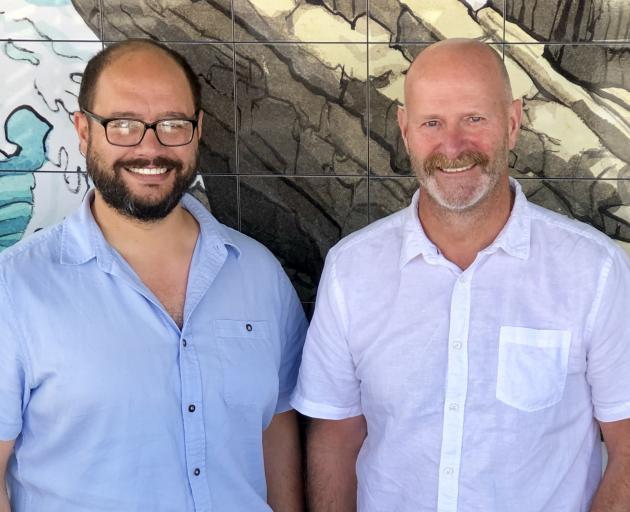 Kyran Rei and Justin Lemmens regularly fly from Wellington to Dunedin to steer The Craft Meat Company brand into a new era. Photo: Supplied
The former Fishers Meats factory that provided 100 years of production is to be taken over by a Wellington-based company making plant-based meat on the premises.

The Craft Meat Company, a brand born out of Fishers Meats, was 50-50 owned by Grant Howie and Justin Lemmens, who is also managing director of Rosa Foods Ltd in Porirua.

The company behind The Craft Meat Company brand is Sustainable Foods Limited, which is to be fully owned by Mr Lemmens after putting the final touches to an acquisition of Mr Howie’s shares in the business.

‘‘We both had different skillsets within our companies and different manufacturing capabilities,’’ Mr Lemmens said.

‘‘We were making use of our different capabilities and the partnership to work together through collaboration rather than knocking heads against each other in the New Zealand market.

‘‘Grant is not in a position to complete growth [on] his side of the partnership so we have taken on the complete brand and product range under Sustainable Foods.’’

One of the company’s hallmark products is ‘‘No-Meat Mince’’, which comes in bolognese and Mexican flavours, as well as plant-based burgers and sausages.

Rosa Foods quality and development manager Kyran Rei, who has a stake in Sustainable Foods, said the old Fishers Meats factory and the three workers were ‘‘uniquely specialised’’ to make the plant-meat products.

‘‘We see plenty of opportunity for growth in the company, in the products themselves.

Mr Lemmens said the company would look at hiring more people in Dunedin as the business grew.

‘‘[The plan is] 100% to grow the business very aggressively and that is certainly going to mean more resources on the ground in Dunedin.’’

The irony of a plant-based meat company taking over a closed meat production factory was not lost on Mr Rei. 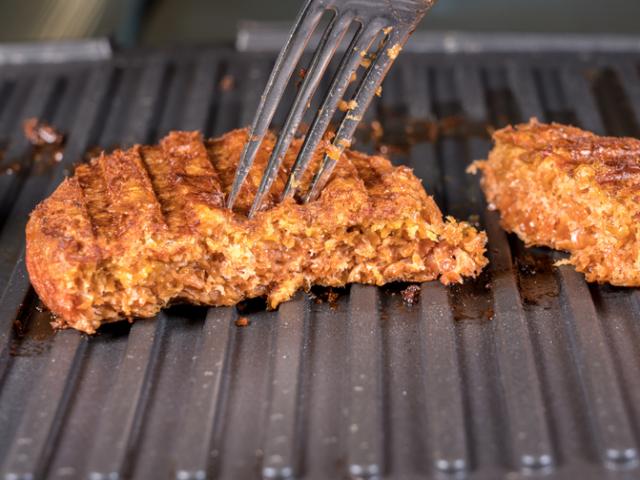 ‘‘We are using an entire floor, essentially as a kitchen.

‘‘But there is no animal products being made in those areas at all.’’

Mr Rei, Mr Lemmens and another manager, Shahnies Shah, would fly down from Wellington at least once a week to visit and supervise the Dunedin site.

Mr Rei was optimistic of the future of plant-based meats.

‘‘It’s definitely an interesting conversation to be a part of,’’ Mr Rei said.

‘‘Everyone’s up for it. Whether they agree with trying to take on board more plant-based options into their lifestyle ... whether people view it as a lifestyle decision or sustainable drivers, there’s a number of ways to look at the products.

‘‘One of the questions that we keep getting asked is why try to imitate meat? The answer quite simply is ‘would you eat meat if it tasted [bad]?’ The answer is no.’’

It was about getting plant-based meat to deliver in ways animal meat was popular such as in a burger, umami or the general occasion something like a roast can bring, he said.

‘‘There are some enjoyable things about eating meat ... and those are some of the things we are trying to deliver to people who want to eat plant-based options.’’

Rosa Foods supplies about 400 supermarkets around the country and employs about 80 staff, largely out of its Porirua offices.