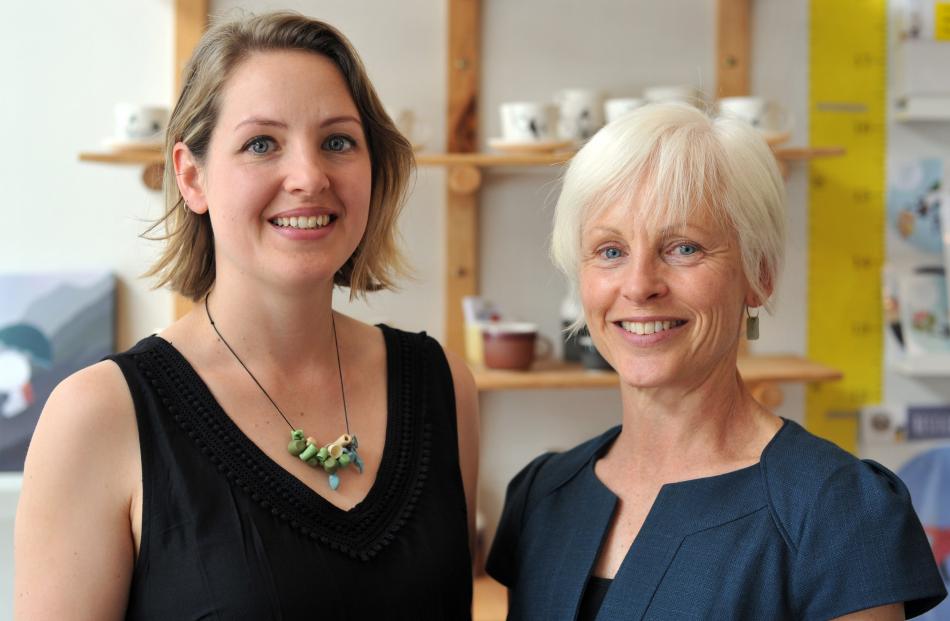 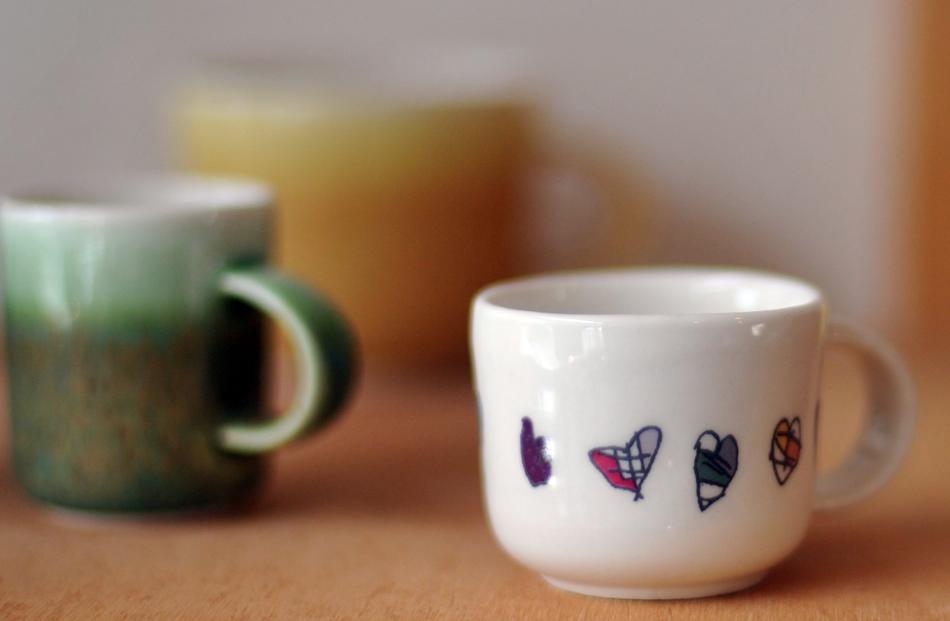 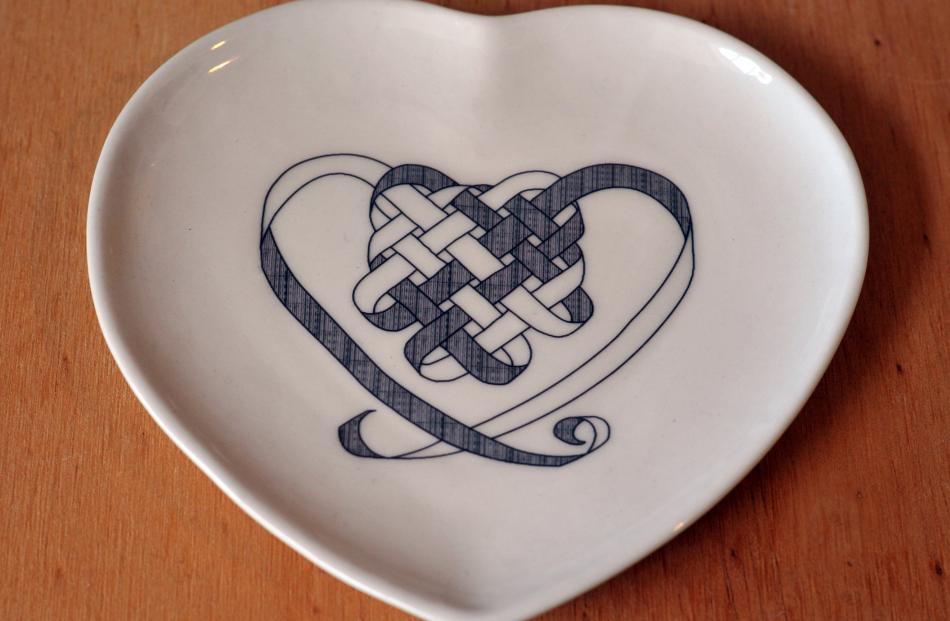 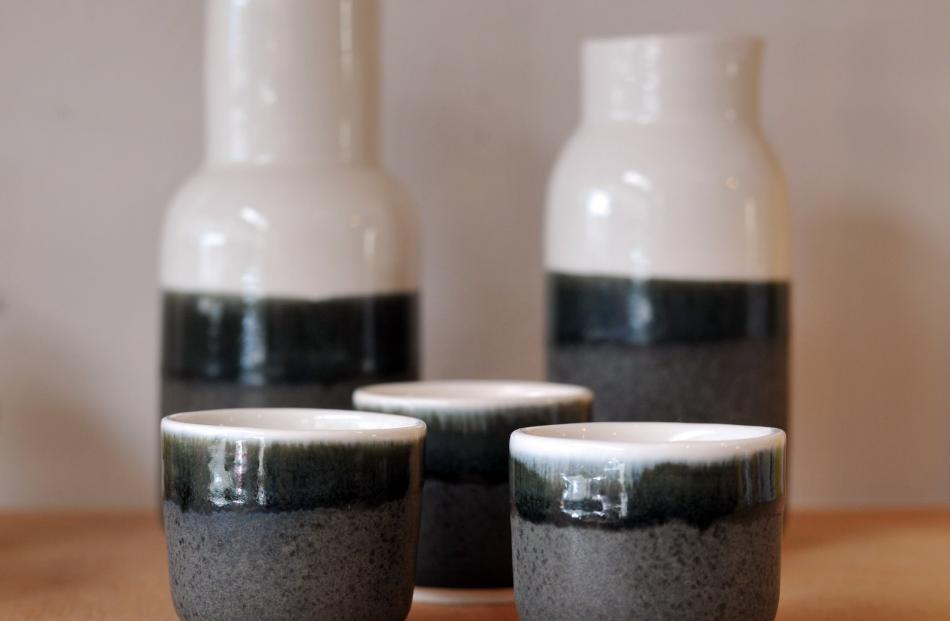 Working in a co-operative, and drinking copious cups of tea, have made business viable for a pair of Dunedin ceramicists, reports Sally Rae.

The mother and daughter are behind the appropriately named Three Cups of Tea, creating artisan ceramics mostly sold through not-for-profit design store Guild, in Moray Pl.

Guild celebrated its second anniversary last month, marking the occasion with a series of in-store workshops.

Run by not-for-profit DDI (Dunedin Designed Inc), it was the brainchild of a small group of Dunedin designers looking for a new and interesting way to reach customers in a competitive commercial climate.

The store was staffed by the designers and stocked everything from fashion to homeware, art, gifts and jewellery.

Mrs Taylor-O'Neill and her daughter joined Guild about 18 months ago, having previously sold their work through a Wellington ceramic outlet.

For a small design business, the retail environment was quite difficult because the mark-up was so high and Guild addressed that issue, Mrs Taylor-O'Neill said.

With a co-operative, there was minimal rent and commission was much lower so they could sell their work for what it was worth, in terms of the time it took to make it, without having such a high mark-up that no-one could afford to buy it, she said.

The initiative was a ''real breakthrough'' for young or new designers trying to establish themselves, she said.

Designers did a half-day shift staffing the store each week and it was always good to talk to customers and get their feedback. It also gave them an opportunity to do some custom work.

DDI chairwoman and Guild resident designer Emily Cooper, of the Silkbody clothing label, said the store had ''gone from strength to strength'' since it opened in early 2015.

''Our aim is to support and promote Dunedin design and we couldn't be happier with the sales and feedback our designers have been getting,'' she said.

The store boasted a 12-strong line-up of permanent retailers and an ever changing array of pop-up designers and makers.

Mrs Taylor-O'Neill and Mrs Johnston, whose wares were also stocked by several other retailers around the country, began their joint foray into ceramics five years ago.

Originally from the UK, Mrs Taylor-O'Neill used to be a clothing designer and costume maker and had always been involved in design, cooking and food, while Mrs Johnston attended arts school at Otago Polytechnic.

Mrs Johnston had been ''playing around'' with ceramics at the Otago Potters Group when she talked to her mother and suggested they develop a range of tableware to sell.

The name of their business had several connotations: they were ''great British tea drinkers'' and Mrs Taylor-O'Neill's mother was always saying she needed three cups to ''get going'' in the morning. ''And I find I need it as well,'' Mrs Johnston laughed.

They enjoyed spending time with friends and family, sharing a cup of tea or taking time out during a busy day.

Mrs Johnston believed there had been a resurgence of interest in ceramics. With two young children, it suited her to work from home and gave her something to keep her mind occupied.

The pair, who enjoyed working together and found making ceramics therapeutic, had complementary skills. ''It's a lovely reason to spend time together,'' Mrs Taylor-O'Neill said.

A small studio space was being built in Mrs Johnston's garage, which would make it easier, as she had been working out of her spare room, which was not very practical.

Their business was very hands-on and each piece of slip-cast porcelain ware was individually made.

They were very diligent about testing their products, which had to be practical and withstand the rigours of modern life.

Both were involved with the Otago Potters Group and were members of the New Zealand Potters Association.

The past few months had been an exciting time for them and included working with the Otago Museum.

They were involved with a new exhibition, ''Current'', which opens at the museum on March 18, to coincide with iD Dunedin Fashion Week.

It highlighted the work of nine designers and artists who were invited to creatively respond to specific garments from the museum's costume and textile collection.

Being involved in the exhibition had been an amazing experience and one that had pushed them outside their comfort zone, Mrs Johnston said.

Last year, they enjoyed a workshop with top Australian ceramicist Janet DeBoos, who visited Dunedin to share her knowledge with Otago potters.

It was a great opportunity to work with someone so skilled and generous with their knowledge, they said.

The pair did not ever want to get too commercial - ''we don't want the stuff to be made somewhere else'' - preferring to keep it a small design business.

But it would be amazing to be at the cutting edge of what the industry could do and there was ''some amazing stuff going on around the world''.

''A lot of exciting new technology is being incorporated into the ceramic area. It would be amazing to get involved in that,'' Mrs Taylor-O'Neill said.

Ceramic artefacts were some of the oldest things that represented civilisation yet there was so much technology around it. ''For an ancient art, it's definitely up there in the modern world,'' she said.

''It feels like an infinite field because there are so many variables you can work with,'' Mrs Johnston added.