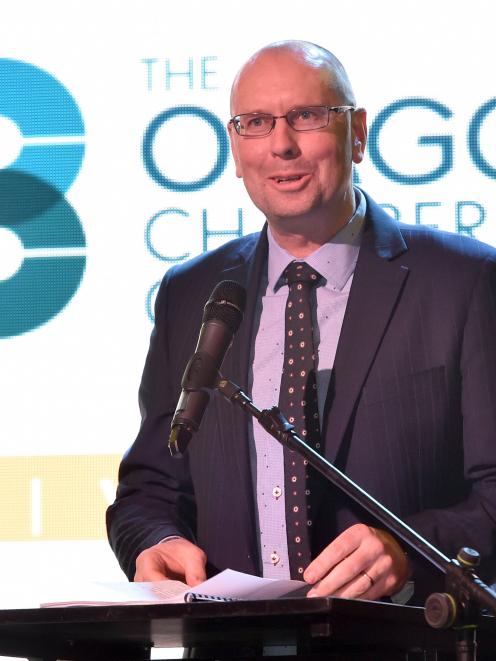 Dougal McGowan
Otago Chamber of Commerce chief executive Dougal McGowan is resigning this week ahead of the formation of Business South, a new business advocacy body.

In a statement to chamber members yesterday, chamber president Grant McKenzie said he had been advised by Mr McGowan he would be resigning as chief executive, effective from this Friday.

"Over the summer period Dougal has reflected on the potential opportunity with Business South and has decided that he does not want to pursue this.

"Dougal leaves the chamber in good form for the transition to Business South and with a strong team focused on great outcomes for members."

An interim appointment would be made while the recruitment of a chief executive for Business South was completed.

Mr McGowan said he would remain in Dunedin and had "loved" every moment of his time as chief executive.

He was very proud of what had been achieved by a "hugely capable" team.

The Otago Southland Employers’ Association and the Otago chamber jointly announced last October that the two organisations would merge, after association members at its annual meeting unanimously confirmed a resolution for a new unified entity to be formed.