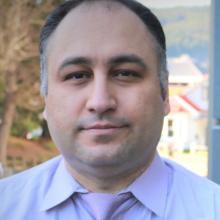 Dr Murat Ungor
Approval rates for mortgages in Otago and Southland dropped by 6.5% after the Government’s new lending rules came in, the latest figures reveal.

And a financial expert believes the rate could be even higher now.

In October, the region’s approval rate was 41%, but in December, the first month of the new rules, that dropped to 36%.

Approval rates for consumer finance - which includes household and credit card loans - experienced a bigger drop in Otago and Southland.

Otago’s dropped 12% in the some period, compared to Southland with a 9% decrease.

Since the changes to the CCCFA came into effect, quite a few people have spoken to the Otago Daily Times about the difficulty trying to secure mortgages

One mortgage broker described the situation last week as a "forensic analysis" on an individual’s bank accounts.

University of Otago department of economics senior lecturer Dr Murat Ungor expected the reduction in mortgage lending rates in Otago and Southland to be even higher this month.

He expected the approval rate would drop to as low as 30% in the two regions in January.

"As the rule changes bed in and more rejections are handed out, I wouldn’t be surprised to see that at all," he said.

If the law was not fixed, the risk that it now had was that as banks became more reluctant to lend, some borrowers might consider expensive second-tier options that cost more, Dr Ungor said.

The New Zealand Bankers’ Association warned the Government as far back as 2019 that changes to lending laws could cut people off from mortgages they could likely afford to pay.

Its chief executive Roger Beaumont said, in a statement to the ODT yesterday, that banks were caught between meeting customer needs and ensuring they complied with the law.

Another factor influencing the way banks were complying with the CCCFA were the strong penalties and personal liability for senior managers and directors in cases of non-compliance.

The association welcomed the investigation into the unintended consequences of the rule change, he said.

It has raised concerns about the law change and new rules in the past three years.

"The investigation might be able to clarify some of those concerns,” he said.

Two of New Zealand’s major banks were also raising concerns in 2019 about the changes to the CCCFA.

BNZ warned that the new regulations could lead to something amounting to credit self-censorship, where banks adopted an overly conservative approach to lending to ensure they maintained their status as responsible lenders under the law, and avoid stringent penalties set out in the law.

New Zealand’s largest lender, ANZ, took a similar view, saying that instead of the Government’s prescriptive approach, "flexibility" would be "critical to avoid restrictions on credit for those who do not fit neatly into defined categories".

ANZ also warned that the low-paid, immigrant and refugee groups, first-home buyers, and those trying to rehabilitate would struggle to access credit if the rules became too prescriptive.