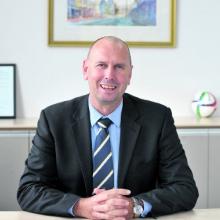 Aside from the family home and land, a swath of assets, including second homes, cribs, shares, businesses, farms and land, would attract a CGT charge, which could come into force by April 2021 if Labour wins the next election and gets its way.

Otago Chamber of Commerce chief executive Dougal McGowan said his initial concerns lay with the effect on businesses and the primary sector.

"Part of this is the `environmental and ecological outcomes' section, which looks much like a taxation regime," he said when contacted yesterday.

They included taxes on solid waste to reduce landfill volumes, water extraction and pollution, and also a mention of fertiliser taxes.

The tax working group, headed up by Sir Michael Cullen, said it supported reform of the emissions trading scheme (ETS), saying it should be more "tax like", with greater guidance on price and the auctioning of emissions units to raise revenue.

It said all emissions, including agricultural, should face a price, through either the ETS or a complementary system.

"We really have to consider this and what effect it will have on the primary sector in the future," Mr McGowan said. 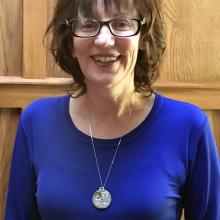 "It could discourage investment and innovation and would tend to lock businesses into current asset holdings," she said.

BusinessNZ chief executive Kirk Hope focused on the fact three of the 11 members of the Tax Working Group did not favour the overall CGT recommendations.

"Their view is that administration costs, complexity and investment distortions that will result from the rules would outweigh the revenues that could be gained from a comprehensive capital gains tax as proposed.

"And it would not significantly reduce overinvestment in housing or increase tax fairness," he said in a statement.

Ms Watson said the rules should not be implemented because of the significant impact on small and medium-sized enterprises.

"There's very real concern that taxing both shares and business assets under a comprehensive capital gains tax regime would create double taxation," she said in a statement.

Taxpayers' Union executive director Jordan Williams labelled the proposal "one of the most aggressive and unfair capital gains taxes in the world", and called for it to be scrapped.

"The working group had the opportunity to propose a fair capital gains tax.

"Instead, they have opted for an aggressive unfair tax, which applies at taxpayers' full marginal tax rates [33%], and even taxes inflationary gains," he said.