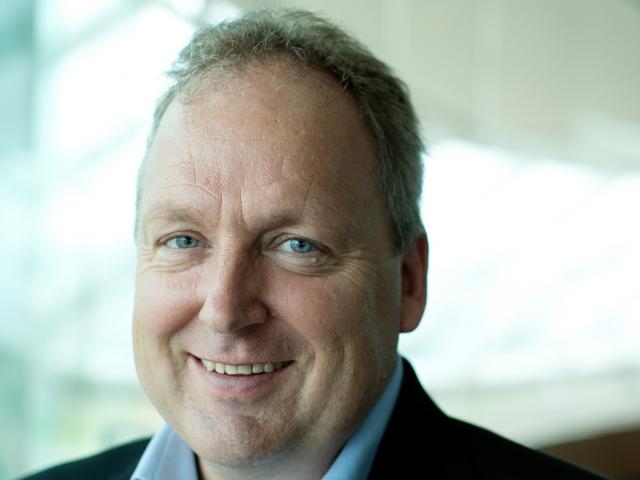 Rod Drury.
The appointment of Steve Vamos as chief executive of Xero from April 1 is not expected to materially change the strategic direction of the company, Australian research firm Morningstar says.

Analyst Gareth James said Morningstar maintained its ''fair value'' estimate of Xero of $A22 ($NZ 23.63) a share. At the current market price of nearly $A32, Morningstar continued to believe the shares were overvalued.

Morningstar has a sell on the company, which has its main listing on the ASX 200.

The announcement founder Rod Drury was stepping aside from the day-to-day running of the company was not altogether surprising given the growth the company had achieved during his time in charge, Mr James said.

''It's quite normal for independently minded company founders to be replaced by 'professional' managers once their companies became large, listed, and have institutional shareholders.

''It's also plausible Mr Drury may have lost interest in the day-to-day management of Xero now he's worth the best part of $A1billion.''

Mr Drury owned 15% of the company, which was worth about $A680million, he said.

However, he was not expected to make any changes to cause any revisions in earnings forecasts.

Mr Vamos brought extensive experience as the former chief executive of Microsoft Australia and additional executive roles at IBM and Apple over a 20-year career, he said.

''Xero claims Mr Vamos has been working with Xero's executive team for the past 18 months, which should mean he knows the business well and we expect the transition to be smooth,'' Mr James said.

The reluctance of small and medium-sized enterprises (SMEs) to change providers was usually influenced by their accountants' recommendations, familiarity, inconvenience, risk of transferring important financial information to a new provider and integration with other software.

The transition of accounting software from the desktop to the cloud had eroded the economic advantages in the desktop software market as a result of the significant productivity benefits offered by cloud software, Mr James said.

''We expect Xero's annual customer retention rate of more than 80% to improve as customer growth rates slow given new customers are more likely to churn than existing customers.''

Of the customers leaving Xero, the majority were thought to be because of business failures rather than switching to another provider.

Xero was in ''reasonable'' financial health but needed strong revenue growth to continue to ensure it became self-funding, he said.

Morningstar forecasts assumed the company had sufficient capital to sustain the business until it became self-funding.

''If this is not achieved, we expect the most likely source of additional capital will be to draw down the debt facilities.''

Xero was expected to move into profit from the 2019 financial year.