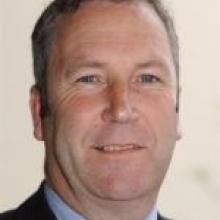 Stephen Cairns
Port Otago's 100% owner, the Otago Regional Council, favours discussion continuing over a proposed merger with rival Lyttelton Port of Christchurch - preferably with a decision made by the end of 2010.

After a non-public briefing by Port Otago chairman John Gilks last week to the ORC, its chairman, Stephen Cairns, said yesterday the council had "agreed in principle" that Port Otago continue discussion with LPC management.

"This is a proposal of huge regional importance. We want to see more details," Mr Cairns said.

Port Otago took a contentious $37 million blocking stake in LPC almost four years ago. LPC is 78% owned by the Christchurch City Council, 15.48% by Port Otago and the balance by shareholders with stakes of 1% or less.

Not only would parochial boundaries have to be overcome and a merger justified, a merger would set a legal precedent in New Zealand and would likely have to go before the Commerce Commission for approval.

Mr Cairns said while there was "a huge amount of work" yet to be done on the proposal, he hoped a recommendation could be considered by the ORC before the end of the year.

When asked to quantify ratepayer benefits from a merger, Mr Cairns said yesterday, "This won't go anywhere if there aren't benefits for the ratepayer. It has to be demonstrable that there is an upside for ratepayers."

Late last month, Port Otago and LPC announced they would continue with merger negotiations which started 18 months ago, having seen "potential benefits" from a recent independent report, which was not released publicly because it was commercially sensitive.

• Port Otago is scheduled to deliver its half-year result on Wednesday to the ORC.

After a record handling of 218,000 containers for its full-year to June 2009, Port Otago delivered a total $6.9 million dividend to the ORC last financial year.

However, last year, Port Otago cautioned the present 2009-10 financial year had to accommodate an expected $5 million downturn in revenue because 42,500 container movements had been lost after empty trans-shipped Fonterra containers had been delivered elsewhere by rail.

Last year's half-year dividend for the six months to December 2008 was $2.5 million, with the full-year dividend totalling $6.9 million.