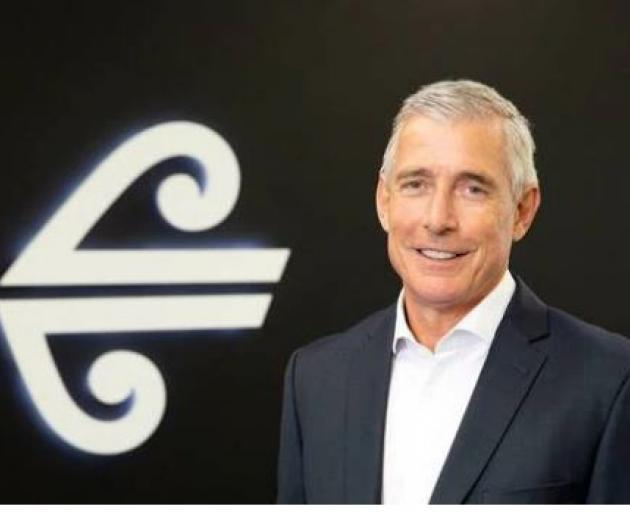 Greg Foran. Photo: supplied
While Air New Zealand chief executive Greg Foran expected there to be some resistance to his decision to have passengers prove they are Covid-negative or fully vaccinated before boarding domestic flights, Otago businesses and organisations have been fully supportive of the initiative.

Yesterday, Mr Foran announced all passengers would need to be fully vaccinated or produce a Covid-negative test result 72 hours before departure, as of December 14.

The tough new move follows the airline’s decision to require vaccinations for international flights and growing concern during the Delta outbreak about unvaccinated passengers flying from Auckland to other parts of the country.

The change also follows a survey which showed 85% of customers and staff wanted more protection during travel, he said.

Initially, the change will be in place until the end of March next year.

Mr Foran said he expected some people to disagree with the move, but the ‘‘overwhelming’’ majority surveyed had told Air New Zealand, ‘‘please get on and do this’’.

Queenstown Chamber of Commerce chief executive Ruth Stokes welcomed the decision and believed it would be good for the Otago region — particularly in terms of tourism.

She said it would help to ensure everyone was safe when the gates opened up and people started travelling south again.

‘‘It has a double benefit, both for businesses knowing that they are going to be welcoming people who are safe on to their premises, but also for locals who might be concerned about visitors from other parts of New Zealand where the virus may be spreading.

Both Dunedin City Council chief executive Sandy Graham and University of Otago human resources director Kevin Seales also welcomed the decision and said it would not affect how their organisations conducted business.

Ms Graham said council would continue to use online meetings as part of its normal day-to-day business instead of travelling, and supported any initiative that ‘‘protects our communities’’.

Mr Seales believed vaccination was key and the university was encouraging all staff and students to be vaccinated.

‘‘Staff forums are being held and there are vaccine clinics on campus,’’ he said.

The Government has promised to have a vaccine pass available by the end of this month.

Mr Foran said the pass could be used in connection with the Air New Zealand mobile app to gain access to check-ins.

People who had not been vaccinated would need to go to one of the airline’s service representatives to get a boarding pass.

Those not able to prove they were fully vaccinated or show evidence of a negative Covid test before their flight, could put their fare into credit, or get a refund if they had bought a refundable fare.