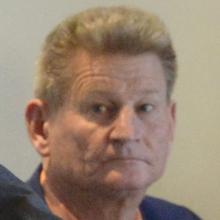 This includes reimbursement for all Cxbladder tests performed for patients covered by the Centres for Medicare and Medicaid Services (CMS) across the US, at the already determined national CMS price for Cxbladder of $US760 ($NZ1162) per test, the Dunedin-based company said in a statement to the NZX.

CMS tests make up approximately 40% of Pacific Edge's current commercial tests in the US and the company said it would also be seeking to negotiate reimbursement for the Cxbladder tests that had previously been completed and invoiced for CMS patients.

"This is a transformational milestone for Pacific Edge and the result of a number of years of hard work and effort from our teams in New Zealand and the USA," Pacific Edge chief executive David Darling said.

"This long-awaited outcome results from the generation of substantial clinical evidence, publication of numerous clinical papers demonstrating the compelling clinical utility and outperformance of Cxbladder, and growing commercial use of our tests by urologists in the USA and other markets.

"Coverage under the LCD [local coverage determination] for our two Cxbladder tests with CPT [current procedural terminology] codes will unlock access to the CMS revenue which currently represents approximately 40% of Pacific Edge's commercial sales in the US.

The coverage decision was also expected to positively impact on demand and positive reimbursement decisions from other healthcare organisations and payers as well, Mr Darling said.

"It signals a new phase in Pacific Edge's commercial journey and we will be pushing hard on the back of this announcement to gain adoption of Cxbladder by other large-scale healthcare organisations."

"For a company from New Zealand, this is a huge achievement and one of which we are very proud."

Last month, one of the largest non-profit healthcare providers in the US approved commercial use of Pacific Edge’s Cxbladder kits.

Kaiser Permanente has more than 12 million members, operates 39 hospitals and employs about 23,000 physicians.