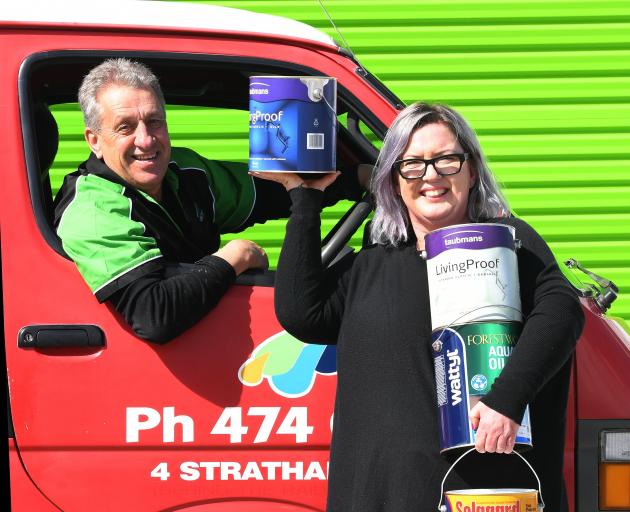 "It came out of the blue," Mrs Beres said. "We went into panic mode initially.

"The shop [on Ward St] was old and it was cold but people said ‘don’t change it, we love coming in here, it’s got a bit of character’ and things like that.

"You know when you live in your own house, you just live in it and it is what it is. You don’t see it from other people’s point of view."

They have moved their business to Strathallan St, opposite the New Zealand Post building.

The new site, while double the rent of their previous site, has led to a quadrupling of sales compared with last year.

"I’m putting that down to profile [and] ease of parking," Mrs Beres said.

Securing their new tenancy was vital to prevent the business closing down.

"We realised that could have been a possibility.

"If we hadn’t found this place there was nothing else suitable."

They had considered buying a site but there was nothing suitable and parking was the most important factor.

"I’ll harp on about parking because parking is huge to our business and I’m sure it’s huge to lot of businesses.

"Where we were at the old place the parking was really limited."

That meant a lot of customers would not be able to get in and would choose instead to go to another shop which had a large amount of parking.

Their business is made up of about 70% regular customers, with 1400 account holders in the trades as well as Port Otago, a client the couple were proud to have.

The other 30% of their business was walk-ins, which Mrs Beres said was increasing.

They had good relationships with their clientele and banter about politics or other matters was common.

Selling paint was an art in the way you talk with customers, Mrs Beres said.

"They don’t want to be dithered around, they don’t want you to go and ask somebody — they want to talk to you and you’ve got to give them confidence that you know what you’re talking about."