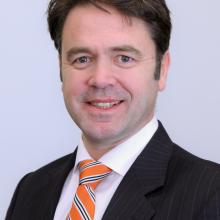 The association has merged with the Otago Chamber of Commerce to form Business South.

Life memberships were presented to Andrew Leys, of Queenstown, and Stuart McLauchlan, of Dunedin.

The citation said in 2004 the OSEA board asked then chief executive Duncan Simpson to approach Mr Leys, then president of the Southland Chamber of Commerce, to discuss establishing closer working relations between the two organisations.

He was invited to join the OSEA board and, over ensuing years, the two organisations operated under a memorandum of understanding that covered shared co-branded offices in Invercargill, joint events and extending OSEA’s training programme to SCC members.

He was later appointed to a work group reporting to Sir Michael Cullen, finance minister at the time, on lifting workplace savings. 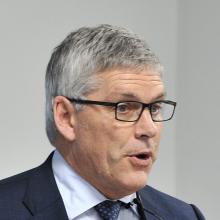 Stuart McLauchlan
He served on that committee for six months, along with five other industry leaders, and the outcome was the design of the KiwiSaver scheme.

In 2013, he was appointed president of OSEA and therefore appointed to the Business New Zealand board.

In 2020, he worked with the Otago Chamber of Commerce president and a joint committee formed from the two boards to investigate and gain approval from both organisation’s members to merge the two entities.

Mr McLauchlan, a chartered accountant and company director, joined the OSEA board in 2003 and has remained since.

He had provided extensive support behind the scenes to successive OSEA chief executives and enjoyed travelling around the regions to meet members.

Mr McLauchlan represented Business New Zealand for OSEA on the University of Otago’s governing body, its council, from 2004 until 2015.

For six years of that time, he was pro-chancellor of the university.