Passionate about city 'about to boom' 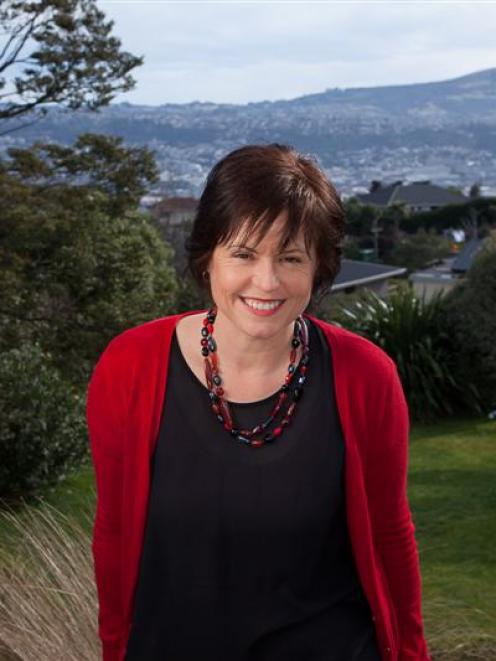 The conference organiser and newly elected chairwoman of the Otago Chamber of Commerce is unashamedly passionate about the city and also its potential for further growth.

Welsh by birth, Mrs Copeman (47) arrived in Dunedin at the end of her standard four (year six) school year, having spent the previous three years in Hamilton.

Her dream of a career in the police, particularly as a detective, was destroyed when she was rejected on medical grounds because of type 1 diabetes.

Geography was her strongest subject at school and she ended up graduating from the University of Otago with a bachelor of arts in geography and anthropology, along with a graduate diploma in tourism.

With a heavy involvement in competitive sport, as a player, coach and umpire - she was on Volleyball New Zealand's board in her early 20s - she gained a job as a secondary school sports and events co-ordinator.

A call later followed asking if she would organise a conference that was coming to the city. From that, she got two more approaches and akB Conference Management was established in 1999.

While Dunedin-based, the company organises conferences and congresses throughout New Zealand, with a focus on using Otago suppliers.

She was a strong supporter of business tourism, believing the sector had both much economic impact and a much potential, Mrs Copeman said.

Conference-goers liked coming to Dunedin - it was a good destination logistically, as it was compact, and there were some unique venues such as Forsyth Barr Stadium and Larnach Castle, she said.

Among the highlights over the years was organising an international diabetes federation conference in Wellington, attended by 2000 delegates, that was a massive undertaking but very successful.

She was also thrilled with the success of the Global Botanic Gardens Congress in Dunedin in October last year, which attracted 347 delegates from 45 countries. It was a significant event for the city and people were still talking positively about it, she said.

Even though the same template was used for organising each conference, every conference was different.

Asked what the secret was to the success of her business, Mrs Copeman said she would like to think she was very results-focused and people-focused.

''I'm constantly crossing the t's and dotting the i's. I'm a bit of a pedant.

You have so many balls in the air, you can't afford to drop them,'' she said.

One of the things she loved about her work was the number of talented and innovative people she got to meet.

While her work kept her very busy, Mrs Copeman was also keen to give something back.

She is now in her seventh year as a member of the Chamber of Commerce and she said she was looking forward to her tenure as chairwoman - she is the fourth female to take on the role since the chamber's inception.

The chamber was a strong advocate for business in Dunedin and everything it did was to the benefit of the city's businesses.

''We fight for them because that's what we do,'' she said.

It was a time of change for many different businesses and the chamber was a ''voice for all''.

''I believe it's one of those memberships people should have,'' she said.

The book commissioned by the chamber to mark its 150th celebrations, Tales of the Tartan Mafia: Celebrating 150 Years of Commerce in Otago, proved the positive impact the chamber had had on the city since it was built, she said.

One of her highlights had been an eight-year involvement with the OBIZ business excellence awards, where the stories of successful Dunedin businesses, that often people had not heard, were told.

''There's a lot of talent here and I'd like to attract a lot more of it,'' she said.

''We are a progressive city. I don't think people see that. A lot happens behind the scenes people don't see,'' she said.

Mrs Copeman is the first small business operator for a long time to serve as chairwoman and she said the chamber was very aware that many of the city's businesses were micro to small.

''There's a lot of creatives down here who are sole operators. We're looking to support those guys,'' she said.

She was also excited about the potential of a proposed $60 million international school for the city, details of which were revealed earlier this week.

The chamber would continue to build on its very good relationships with the Dunedin City Council and other stakeholders, she said.

She, her husband Clive, a self-employed photographer and videographer, and their 10-year-old daughter shared a busy lifestyle. However, they managed to juggle it all to make it work and, with no family south of Hamilton, friends were sometimes called upon to help out.

One of the benefits of what she did was getting to see the rest of the country during frequent trips away. There was nothing better than flying back into Dunedin and ''seeing home''.

''You've got to go away to appreciate the place.''

But while Dunedin was ''the best little city'', it could still be better.

''We do need to grow and be more innovative,'' she said.