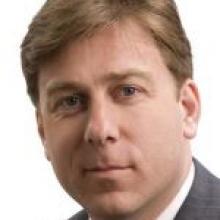 NZOG was a 29.4% owner of Pike River before last November's mine explosion that killed 29 people and tipped the West Coast miner into receivership.

NZOG chief executive David Salisbury said the receivers and the company had reached agreement that some of the total insurance payment of $80 million should be directed to Pike River's unsecured creditors, including contractors and former employees, through an early payment plan.

About $6.3 million would be paid to the owners of leased mining equipment, arising from their priority rights.

The BNZ was a first-ranked secured creditor owed about $23.3 million and would be paid in full.

As the other first-ranking secured creditor, NZOG had legal priority to all of the remaining money, he said.

"However, NZOG recognises the huge and ongoing impact the tragic events have had on the West Coast community."

Hopefully, all Pike River's creditors could receive full payment when the sale of the mine occurred. For the mine workers, contractors and suppliers, it had been a very stressful time, emotionally and financially, Mr Salisbury said.

The company supported the receivers using some of the insurance payout to make a voluntary early repayment now to all unsecured creditors.

Craigs Investment Partners broker Chris Timms said it was generous of the company to spread the money around when it could have held on to it.

"The tragic event on the West Coast had wide ramifications for the families of those who lost their lives but also the financial plight of businesses working on the mine.

"This payout will give the businesses an early boost they may otherwise have not received. It's nice to see a corporate like NZOG looking to see how it can share, particularly when it is under no obligation to do any of this."

Mr Salisbury said he was hopeful Pike River creditors could receive full payment when the sale of the mine occurred.

Under the proposal, unsecured creditors would receive a payment of the first $10,000 of their claim - or full claim if less than $10,000 - and up to 20c in the dollar for any balance above that amount, up to a capped aggregate amount of $10.5 million.

Unsecured creditors were not being asked to reduce their total claims and would still be entitled to claim for the full remaining balance once the receivers completed the sales process.

As a secured creditor, NZOG had sought to have a constructive influence since the tragedy occurred, he said.

After the mine explosion, Pike River borrowed $12 million from NZOG. It was that funding that allowed the receivers to carry out their duties - to support the mine stabilisation efforts, pay employees their statutory entitlements, co-operate with the various inquiries, begin a sales process and pursue the insurance claims, Mr Salisbury said.

"Now, by supporting the early payment plan for unsecured creditors, NZOG is again acknowledging the widespread impact this tragedy has had and that the support of the local community is crucial if the sales process is to realise the full value of the assets and the mine is to be safely reopened," he said.

Mr Timms said that the insurance agreement helped investors, who reacted positively to the news.

Shares in NZOG, which took a battering in the aftermath of the disaster, rallied by 6c to 74c on the back of the insurance news.

It would take its place in the queue for that money once the mine sale was completed.

Forsyth Barr broker Peter Young said the market had factored in next to nothing for any Pike River funds recovery so the insurance should be treated as almost 100% gain for the company.

"Our valuation incorporates a recovery of $52 million in total, so there is a little over $10 million to go. With the BNZ being paid out in full, all receipts from the sales process will go to NZOG first. I would expect sales proceeds to exceed $10 million and that is certainly NZOG's expectation as well.

"Our current NZOG valuation ... [is] 97c per share and it appears there may be additional upside from a successful Pike River sale process. Our recommendation is buy," Mr Young said.