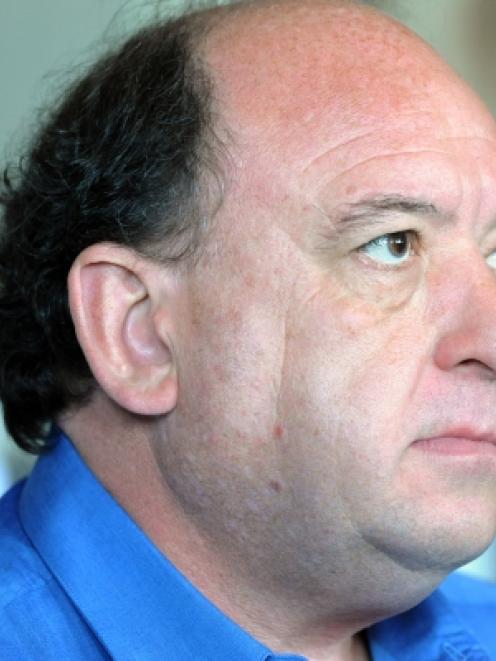 Peter Whittall.
Pike River Coal chief executive Peter Whittall has broken down while telling families of his immense regret at the way he told them their loved ones were dead.

But he rejected allegations he lied or gave families of false hope after an explosion in his company's West Coast mine on November 19.

Mr Whittall is giving evidence to the Royal Commission of Inquiry into the deaths of 29 of his workers in the Pike River mine blast.

He repeatedly paused to clear tears as he recounted a disastrous meeting where families were told of the deaths of their loved ones in a massive second explosion on November 24.

Many family members cheered and clapped when Mr Whittall started the meeting with earlier news of rescue teams kitting up to go into the mine.

The room had to be quieted before he announced all the men were dead.

Under questioning from Pike River Coal counsel Stacy Shortall, he said he had regretted the way he broke the news every day since the second explosion.

Getting to the meeting and seeing families milling around was very difficult, Mr Whittall said.

He was extremely upset at the time and struggled to find the best way to relay the news.

"I felt nauseous. I felt sick. I didn't know what to say. I felt a bit overwhelmed and intimidated."

Seven family members of some of the 29 men who died yesterday accused Mr Whittall and police of giving them false hope and withholding information in the wake of the first blast.

Mr Whittall told the inquiry reading those statements was devastating.

He had only been able to read one or two a week because of the emotional toll they had taken, he said.

"If anyone had their tragic suffering made worse by thinking I gave false hope... then I'm sorry they felt that.

"I've gone over it in my brain for 10 months. Every day and every night... There was an opportunity I believe for some men to have survived."

"My only regret is that anyone could at any stage believe that I had anything other than the best intentions to tell the truth at all stages."

He said the hopeful message he conveyed to families was honest.

"Miners are resourceful guys. They're tough and they're strong and they're hardy. I strongly believed that if anyone could have survived, they would have."