Wharf-gate prices have dropped during the past few weeks. Pictured: Port Otago’s marshalling yard in Dunedin’s Upper Harbour. Photo: Gerard O'Brien
Stockpiles of pinus radiata logs in China have depressed New Zealand wharf-gate prices by about $US20 ($NZ29.70) during the past fortnight, putting pressure on the jobs of smaller contract logging crews.

Anecdotally, four logging crews around Southland and North Otago have been laid off in recent weeks, affecting 20 to 25 staff. 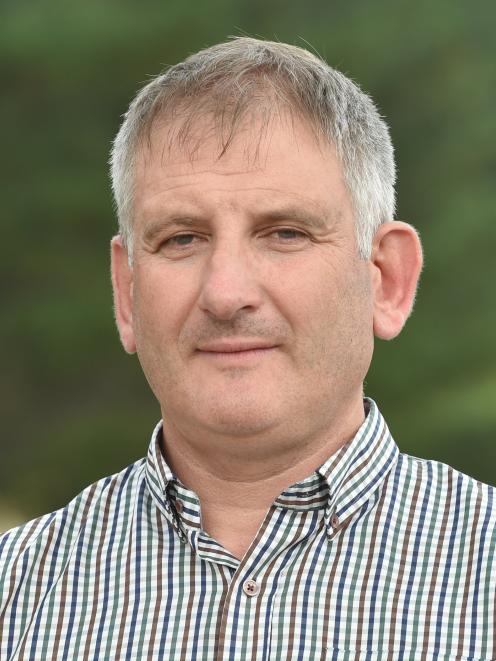 Grant Dodson
Major estate forest owners are not considering laying off staff, despite the expectation prices will be depressed for the next two to three months.

The extra pinus radiata accumulating on China's wharves is affecting the sector nationwide but should be a ''short-term correction'' that may take until September or October to revive, Southern Wood Council chairman Grant Dodson said.

''Yes, it's the logging crews in the woodlot sector who are most vulnerable,'' he said.

The woodlot sector is defined as small farm forestry investments, who are deciding not to engage contractors to cut their forest lots because of the depressed prices.

''The woodlot operators have one opportunity to cut it down, so want to avoid the [low price] trough,'' Mr Dodson said.

Mike Hurring, of Mike Hurring Logging and Contracting, in Balclutha, said all his eight logging crews were intact, relying mainly on working with corporate clients at present.

''We've been riding a good wave prior. It [price] can come back without hurting too much ... it's been pretty good for the past four or five years,'' he said of record prices achieved with mainly China.

He understood three crews in Southland and one in North Otago had been laid off.

Mr Dodson said a cubic metre of A grade logs at wharf-gate prices had declined by about $US20 during the past fortnight from $US130, and looked to be ''settling'' around $US115 now.

''The market's been in a state of flux for the past two weeks, a bit of a Mexican standoff ... with frustrations for the different players in the market.''

Nationally, interest.co has reported A grade prices since February have slowly declined from $US156 to $US140 in June.

''It's simply supply and demand; China's stockpiled radiata is building and there's more wood [there] than they are consuming,'' Mr Dodson said.

China was entering its hot summer period and construction was slowing, which Mr Dodson said was a seasonal effect, and he expected it to pick up by October, once cooler weather returned.

However, he said the ongoing battle between the US and China over increasing tariffs imposed by President Donald Trump appeared to also be taking a toll.

''Because of the tariffs, Chinese sentiment is down and they are consuming less,'' he said.

Mr Dodson was aware that, anecdotally, some small logging contractors were operating on short weeks, asking staff to take leave and, in some cases, reducing the size of crews.

''For the past four years the sector's been positive and steady, [but] there was always going to be a correction. It's a short-term setback which we have seen many times during the past 20 years.''

Rough radiata was used in the construction sector in China, for concrete form work or plywood, while better grades were used in home building or made into products such as furniture, which were then re-exported to the US or New Zealand.

''We can moderate and adjust production to suit on different blocks for what customers want, which may mean [cutting] Douglas fir instead of radiata,'' he said.

Neither City Forests nor Blakely Pacific were considering laying off staff, he said.

Wenita Forest Products chief executive Dave Cormack said there were a ''a couple of difficult months ahead'' but believed even the smaller operators would be able to weather it, given the past few years of good prices.

Wenita was ahead of budget so would cut back on buying at the wharf gate and ''pull back'' its production levels for the next two months, expecting an upswing by late August or September, he said.

Wenita had no plans to lay staff off and while Mr Cormack expected ''adjustments'' in smaller logging crews, he had no first-hand confirmation of any job cuts.

The forests are mainly pinus radiata, in mid-rotation age class, and after harvesting Blakely intends to replant.