Quarry gets support for shift away from coal use 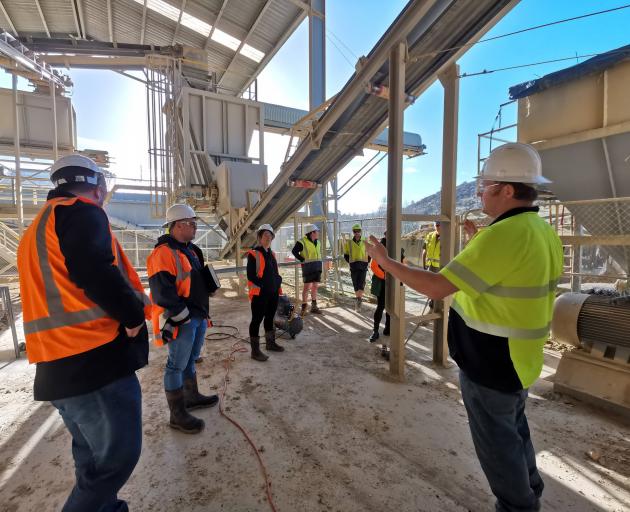 The project, part of Ravensdown’s plan to eliminate coal use by 2030, would mean locally supplied wood fuel would replace coal in the lime-drying process.

In a statement yesterday, the co-operative said its $511,074 was being matched by funding through the Government Investment in Decarbonising Industry (GIDI) fund.

The funding agreement with the Energy Efficiency and Conservation Authority committed Ravensdown to savings of at least 1107tonnes of greenhouse gas emissions a year, which would reduce the co-operative’s direct carbon footprint by almost 10%.

Ravensdown chief executive Garry Diack said the intense interest in GIDI from all parts of the manufacturing economy showed how important the fund had been in driving the climate change responses.

National quarries manager Richard Millar said the conversion would have secondary benefits for the local area.

"Heat from burning coal is currently used to dry lime on site before it is distributed to customers’ farms. We’re particularly excited to have Niagara Wood Fuels on board as a local supplier for the biomass.

"By sourcing the fuel from the surrounding area, the idea is to contribute to the local economy and reinvest in community development," he said.

"The heat source is an essential part of our production, and it has to work reliably in all conditions.

"Knowing that we can continue to meet farmers’ needs while removing our biggest source of emissions at the quarry is a major step forward."

Among other southern companies to receive GIDI co-funding is Blue Sky Meats, which received $377,250 for a high-temperature heat pump at its primary processing facility at Morton Mains near Invercargill

Canterbury Spinners, which operates a textile manufacturer plant in Oamaru, received nearly $1.37million; the decarbonisation of the plant’s process heat plant, through heat recovery and process heat electrification, would make it one of the most low-carbon textile yarn manufacturing plants in New Zealand.

The factory processes more than 2.5million kilograms of New Zealand wool each year and employs about 125 people.