Residency was chance to give back 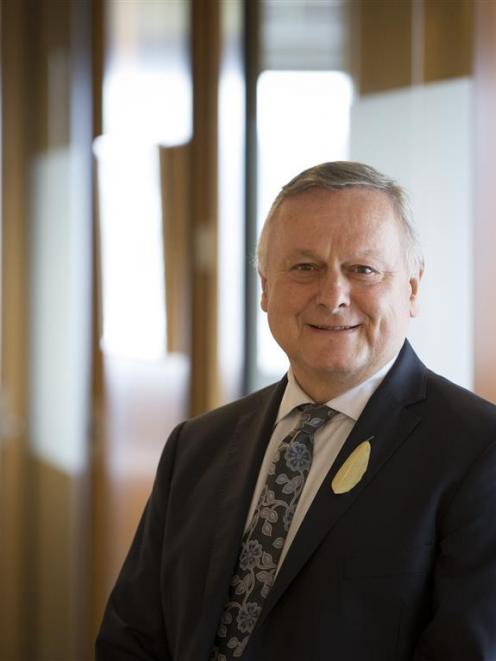 Talking to the Otago Daily Times, Mr Judge (62) said the highlight was interacting with the top university students.

"There are some talented and bright people here and it was a pleasure to talk to them. I also learnt a lot when researching what I had to talk about on the various topics I was given. You can't stand up and talk rubbish; you have to have something sensible to say.

"I am surprised at how much I enjoyed myself.''

Meeting the academics was worthwhile because it gave him a better idea about the research they were conducting, Mr Judge said.

During the week, he was asked several times whether students were worse-behaved now than when he was at university.

He gave a categorical denial.

The only difference was that Mr Judge and his contemporaries did not have social media and their actions went largely unnoticed.

"I had a good time at university. I was the treasurer of the students' association and the student representative on the University Council, when they had such a position.''

One thing Mr Judge was sure about: the Dunedin business school produced better graduates than any other university in the country.

Students attending Otago grew up quickly and matured faster because they were living away from home.

He gave eight lectures during his week in Dunedin, which was hosted by the department of accountancy and finance.

Dealing with the students during the question and answer period and hearing what they had to say was a highlight, he said.

The topics the students wanted to talk about included the integration of National Bank into ANZ and how the right environment was created to make it work.

One of his major topics was ethics in business and why ethical standards should be upheld.

In two classes for first-year students, Mr Judge talked about ethics from both an economic and a personal point of view.

With older students and staff, he talked about the broader strategy about why running a business without ethical behaviour would mean it failed.

Mr Judge got more out of the week than he expected when he agreed to be the inaugural executive in residence and would recommend others take the opportunity if it was offered.

"We have to give back. In fact, we have an obligation to give back to other generations.''

Also during the week, Mr Judge chaired a meeting for Dunedin business ADInstruments and was the keynote speaker to a Chartered Accountants Australia and New Zealand "town and gown'' function.