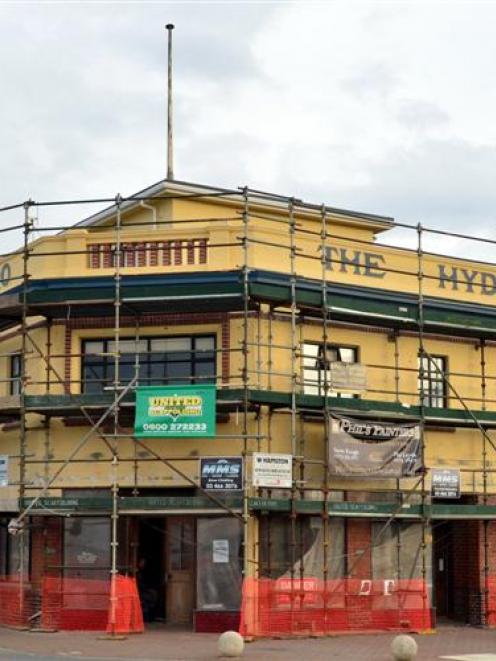 The Esplanade Restaurant redevelopment began in March and work has moved on from earthquake-proofing and major structural work to fitting-out, building lessee Katrina Toovey said when contacted. The opening date has shifted from May to August.

She said aspects of work on the Hydro building, understood to be nearly 100 years old, had taken longer than anticipated but that all the earthquake-proofing was done and fitting out of the restaurant was under way, with a new pizza oven recently installed.

''It's a very old building. But it's great that we will have a fully restored historical building to move into,'' Ms Toovey said.

The entire building, which hosts a ground-floor florist's and apartments upstairs for short-term accommodation, has been restored.

Restaurateur Murray Macarthy owns Neptuno, purchased from receivers for about $1 million in 2011. He has a chain of 11 Thai-themed restaurants, nine of which are in the South Island and two in Wellington.

When contacted recently, he said he still expected to extend Neptuno to its footpath boundary, but was working through designs. Mr Macarthy also owns a section beside the Hydro building which has been vacant for almost 12 years.

He plans to build a $2 million commercial building on the site, possibly starting the project before the end of the year.