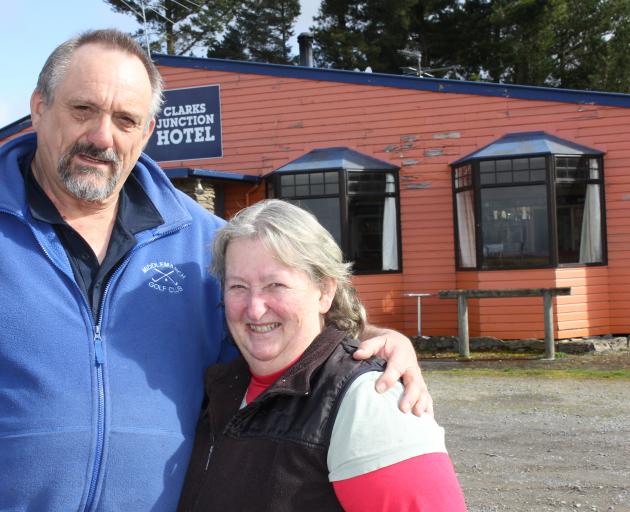 Former Clarks Junction Hotel owners Adrian and Gillian Bardrick outside the eye-catching establishment. PHOTOS: ALLIED PRESS FILES
A Strath Taieri pub with a colourful history of more than 150 years has been listed as a residential lifestyle block, plunging farmers into "mourning".

The couple bought it from Adrian and Gillian Bardrick, who retired after 21 years behind the bar.

When the Otago Daily Times visited, Mr Bennett said the pub had been closed since lockdown last year.

He had it listed as a residential lifestyle property and would return home to Southland to be closer to friends but declined to comment further.

Mt Gowrie Station owner Jim Macdonald — who farms 2400ha of land next door to the pub — said listing the pub as a lifestyle property was "almost criminal".

"We’re mourning. It’s a great loss to the community, it’s had an awful lot of stories told in it and a lot of good times — it’s a damn disappointment."

He understood the pub’s liquor licence lapsed in November last year and the licence could be reinstated within two years.

However after the two years had passed, it would be difficult to obtain another licence due to red tape, he said.

The pub had "potential" but to be financially feasible it would need a couple to own and operate it. 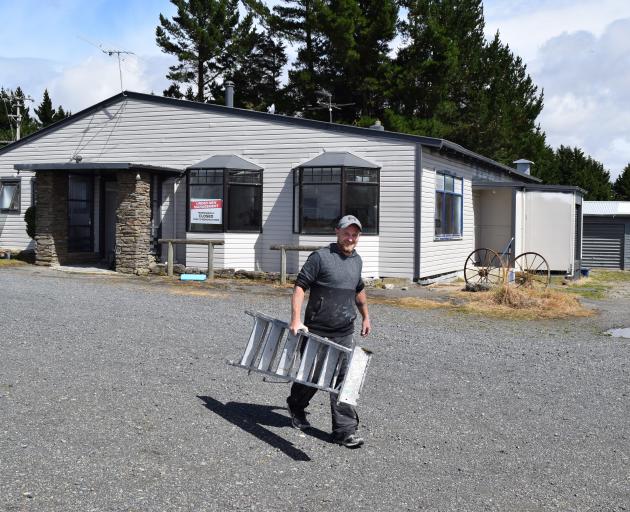 Clarks Junction Cafe Bar co-owner Tony Bennett renovates his new business between Outram and Middlemarch in 2019.
The closest pub was in Outram or Middlemarch, both about 24km away.

"We are right in the middle of nowhere."

He researched the history of the pub to co-write the book Up The Hill, which was published in 2017.

The pub opened in 1867 and was registered as Clarks Junction Hotel by John Clark at the Taieri licensing Court in 1878.

The pub burnt down in 1930 and was rebuilt in 1932 and had remained open until lockdown.

Strath Taieri Community Board chairman Barry Williams said the pub closure was "sad for the community".

"I’ve been talking to the shepherds about it — it’s sad to lose anything you won’t get back."

The Dunedin City Council website states the zoning of the 12ha block of land the pub lies on would change from commercial to lifestyle from July this year.

It is understood an offer has been made on the property.