Shell is preparing to sell all or some of its New Zealand operations, which carry an estimated value of more than $1 billion. 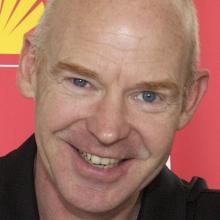 "Shell continues to explore a range of options for some or all of Shell’s assets in New Zealand. JP Morgan has been appointed to support this process," Mr Jager said in a brief note, being unavailable for an interview.

Shell is the cornerstone of oil and gas exploration in New Zealand and the industry anchors the Government’s economic development programme.

A Shell exit would be seen as a major scalp for environmentalists.

Shell’s operations around the South Island have essentially ground to a halt, since it announced the shock review of its New Zealand assets last December.

Mr Jager said yesterday "it’s ‘business-as-usual’ and there is nothing material to report.  We remain focused on producing 70% of New Zealand’s natural gas".

Shell and partner OMV were to have test drilled in the Great South basin last summer, in an estimated $91million one-hole programme, but then postponed that plan.

Shell had in the meantime completed shipborne seismic testing in the basin.

The JPMorgan confirmation comes as part of a global selldown by Shell, which signalled a retreat from various markets, amid a $US30 billion ($NZ41.3 billion) global asset sale plan following its $US50 billion takeover of BG Group.

Globally, Shell is said to be shedding more than 10,000 jobs.

Some question whether the $A1 billion ($NZ1.05 billion) Beach Energy could be a potential buyer of some assets, although others say it may be a stretch to assume it was on the radar of the local oil and gas explorer, The Australian newspaper reported.

The Pohokura field began production in 2006 and now meets about 40% of the country’s natural gas requirements.

Some analysts question whether Australian players will express interest in the offering, while others say it may be too large for any New Zealand parties to own entirely, and would probably  be subject to a break-up, The Australian reported.

The Todd family was last month valued at $3.3billion in the NBR rich list. The Todd Corporation is a partner on some assets, and could be a buyer.

Shell is also expected to sell down its remaining 13.3% stake in Australia’s $A24 billion Woodside Petroleum. It sold its New Zealand petrol stations to Z Energy for $891 million in 2010.