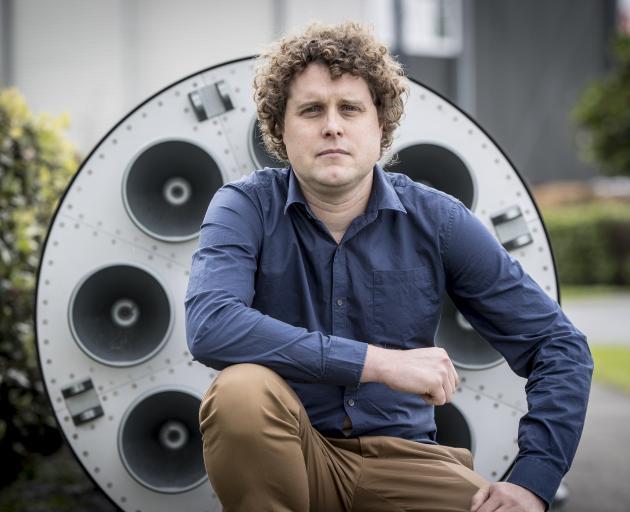 Later this month Rocket Lab will launch a CubeSat to the Moon from Mahia on New Zealand's East Coast.

A NASA project, Rocket Lab had been working on the mission for a number of years, he said.

"It is an incredibly challenging mission. Going to the moon is no joke. It's actually really hard."

It was something for New Zealand to be proud of, he said.

"Not many countries get to go to the moon."

Even rockets launched in New Zealand were flying under the US Federal Aviation Administration, he said.

So Rocket Lab was really the "poster child" for US/NZ bilateral cooperation, not just from an engineering perspective but also from an administrative perspective, he said.

Beck, currently in the US, told the Summit how Rocket Lab helped pave the way for New Zealand businesses to think bigger than our own backyard.

Rocket Lab's rockets were now the fourth most launched in the world after Space X, Russia and China, he said.

When you included components, 38 per cent of all space rockets launched last year contained Rocket Lab components on them somewhere, he said.

With multiple launch pads - including two at Ahuriri Point at the southern tip of Māhia Peninsula and one in the US state of Virginia - Rocket Lab now had the capability to launch a rocket every 72 hours for the next 20 years, he said.

Why go to space from New Zealand?

The answer was not just because it was his home, Beck said.

"If you're looking to launch a rocket the one thing you need is no neighbours," he said.

"The wonderful thing about New Zealand is that a small island nation in the middle of nowhere, is absolutely the perfect place to go to space, to go to orbit to go to the moon Mars and beyond from."

"What we're really trying to do is grow and enable a global space economy," he said.

Beck's advice to Kiwi business people: "get on a plane" and "it's a big world, don't feel like you have to take the deal in front of you. Always shop the deal internationally."

"It would have been easy to stay a little New Zealand company launching a rocket now and then," he said