Virgin beefing up for transtasman battle 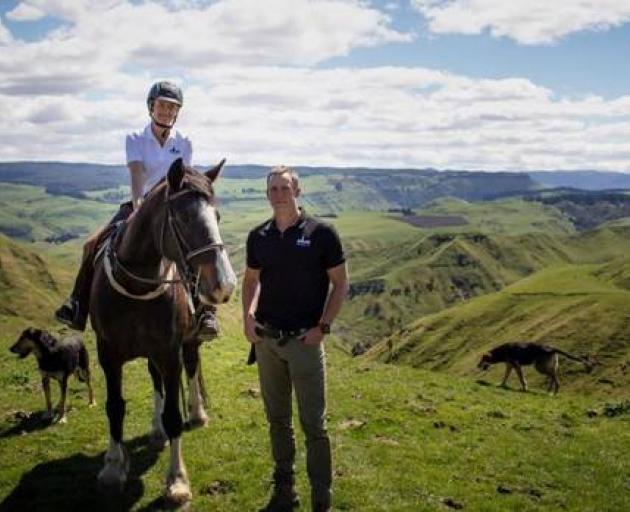 Hinterland Foods from Moawhango in the Rangitikei district has won the "Got Beef" campaign. Photo: Supplied via NZ Herald
Weeks out from its breakup with Air New Zealand, Virgin Australia says it ready to roll out its "full armoury" in what is shaping up as a three-way battle over the Tasman.

The Australian airline is also trying to establish more of a market presence here after being quiet for much of the alliance with Air New Zealand that stretched more than six years but will end on October 28 after the Kiwi carrier opted to quit the partnership.

Virgin has since upped its marketing and following a search for a New Zealand beef supplier the airline today announced Hinterland Foods from Moawhango in the Rangitikei District had won the "Got Beef" campaign and would supply its meat to the airline for in-flight meals.

Virgin launched the campaign to promote its full meal service as part of all tickets across the Tasman and it was also a not-so subtle dig at its former partner teaming up with a Silicon Valley firm to supply synthetic meat to some premium customers.

Virgin today also announced it would roll out mobile self service kiosks at Auckland Airport to help speed up check-in. Several other airlines, including Air New Zealand, use the technology.

Virgin Australia group executive, Rob Sharp, said the kiosks were a step change and follow a roll-out in Australia.

The airline had also improved earning power with its Velocity loyalty scheme for New Zealanders.

Sharp said crew had been fully trained for the full service inclusive food offer which replaces meal options similar to those through Air New Zealand's ''seats to suit'' where passengers pay for food.

The Virgin offer will be similar to Qantas and both airlines carry checked in bags as part of the ticket price.

''We're ready to come in and compete with our full armoury come October 28,'' said Sharp who is a speaker at next week's Centre for Asia Pacific Aviation (CAPA) two day corporate travel event in Auckland.

He said his airline was satisfied with its capacity expansion (largely matched by Air New Zealand) and doubted there would be much more.

''We're not looking to throw in capacity for capacity's sake, that's typically what triggers cut throat comments. With fuel prices going up airlines are looking for efficiencies and I think there would be a fair bit of caution about throwing aircraft into a market given that backdrop.'' said Sharp.

''The competition will be about product and service, not throwing a whole bunch of capacity at it and getting into pricing wars - that's not our intention here.

Auckland Airport's general manager commercial and aeronautical, Scott Tasker, said airlines would react ''rationally'' and he doubted there would be fare wars but because of the change in the market make up it would be good for consumers.

''The two airline camp (Air NZ/Virgin and Qantas/Jetstar) is going to be broken apart. Virgin which is quite a bit smaller than the other two playing a really important role to provide further competition and choice.''

After October 28, Air New Zealand would have about 41 per cent of capacity, Qantas and subsidiary Jetstar 34 per cent, Virgin 14 and carriers that fly indirectly to New Zealand such as Air Asia X, LATAM and China Airlines would have the remaining 11 per cent.

CAPA figures show Australia-New Zealand passenger traffic was up by a relatively modest 3 per cent in the 2017 financial year to slightly more than 7 million.

While the Australia-New Zealand market has grown consistently during the past decade but the growth rate has never reached the double digits. Over the 10 year period the market has grown by 40 per cent.

#The CAPA aviation summit will be held at the Hilton Auckland next Wednesday and Thursday.