Wickliffe operations to merge on one site 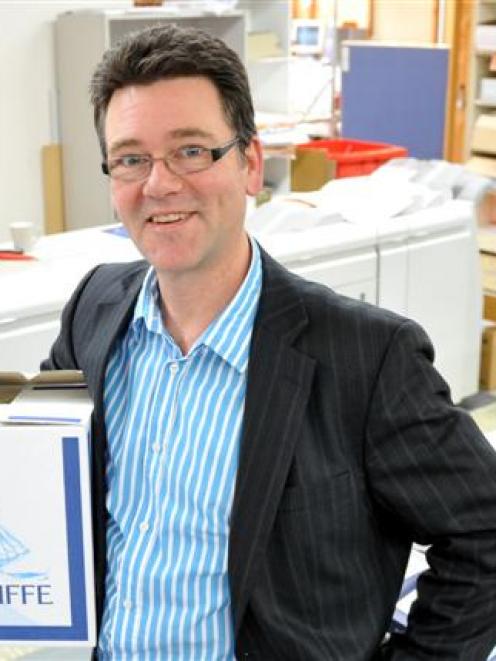 Wickliffe Solutions' southern regional sales manager Paul Johnson. Photo by Craig Baxter.
More Dunedin job losses are on the horizon as commercial printer Wickliffe is about to restructure and merge its Fairfield plant operations into an expanded Kaikorai Valley site.

''We've got to change over now to digital, or in two or three years' time we risk closing down,'' Mr Johnson said of the entire Wickliffe operation in Dunedin.

Wickliffe had acquired Taieri Print just over a year ago and operations and 25 staff centred at Fairfield, including a large 10-colour offset printing machine, the work of which is being overtaken by digital technology.

Mr Johnson ''hoped'' that potential job losses from Fairfield would be fewer than 10, but that would not be known for up to six weeks, until final decisions were made on which offset printers and which new digital printers would be installed at Kaikorai Valley.

He expected several hundred thousand dollars would be spent on extending the Kaikorai premises by 40%, into an adjoining building, plus the lease of several digital machines, valued between $500,000 and $1 million each.

Mr Johnson said Wickliffe would remain the largest commercial printer in the South Island, and its restructuring would triple its digital capacity, while retaining up to two or three small offset printers.

Kalamazoo, which was established in 1904 and has been owned by Steve D'Souza since 2004, bought then 62-year-old Wickliffe in October 2010, for an undisclosed sum, but understood to be a nominal purchase payment, as Kalamazoo took on millions of dollars of Wickliffe debt.

In April 2006, Wickliffe had 346 staff in Dunedin, Christchurch, Wellington and Auckland. In early 2007, Wickliffe reduced its Dunedin production staff by about 48 jobs from 70, because Auckland workloads were increasing.

In June 2008, in a joint venture between the University of Otago and Otago Polytechnic paid $6.8 million for the former 1.5ha Wickliffe site at Clyde St, which Wickliffe had sold to the Dunedin City Council in 2003 and had leased back for five years.