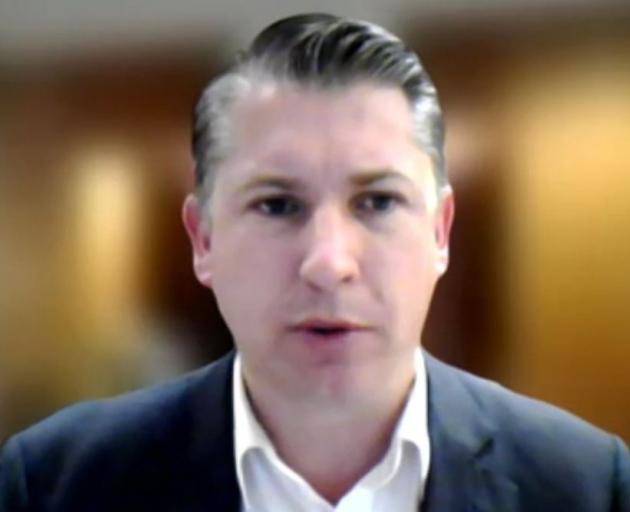 BusinessNZ has refused to engage with the Government on the policy, calling it "unacceptable".

It believed New Zealand risked being placed on a list of the world's "worst case" breaches of international labour law if it continued with its proposal to include compulsory collective bargaining.

Under the policy, employees could force their employers to negotiate working conditions and pay if at least 10% of the workforce or 1000 staff agreed to it.

It also allowed for a "public interest test'’, meaning the threshold did not need to be met if there were systematic employment issues in that sector.

Addressing Business South members yesterday, Mr Wood said Covid-19 and the disruptions it caused had been a reminder that many workers had gone undervalued.

The workforce would not have got through the pandemic if it was not for workers, such as cleaners, bus drivers and checkout operators.

Those workers were "very often" on the lowest wages with the least secure conditions and they had been left behind during the deregulation of the labour market over the last 30 years, he said.

The minimum wage was at present the only tool the Government could use to ensure people at the lower end of the wage scale got a pay increase.

The fair pay agreements would shift the focus from growing profitability on low wages to growing productivity through greater investment in the workforce, Mr Wood said.

The agreements would be similar to market floors the Government sets, such as sick leave and bereavement leave.

"People can go above it and they can’t go below it ... that is critical particularly stopping the race to the bottom," he said.

Mr Wood said unions which were trying to initiate the bargaining would have to give a "very clear" description of what the sector or occupation was. That would then be signed off by the Ministry of Business, Innovation and Employment.

Allied Press chief executive Grant McKenzie asked what would happen to collective agreements if a fair pay agreement was negotiated and the terms were different in the two agreements.

Mr Wood said each agreement would have a distinct role and would sit alongside one another.

"Ultimately, it will be for the parties to determine," he said.

The UN International Labour Organisation (ILO) last week said it was in favour of collective bargaining and that they were essential for the global recovery post-Covid-19.

ILO and BusinessNZ were both concerned that the proposal did not support voluntary bargaining but rather enforced it.

Public submissions on the policy were open until Thursday and would be passed by Parliament in October.