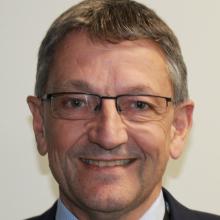 An associate of Owaka St John in the Catlins contacted the Otago Daily Times  last week complaining of "bullying" tactics from regional management around the question of future funding arrangements for the wider organisation.

The man, who did not wish to be named, said he and his family had long-standing connections with the Owaka branch, but had recently become concerned about new proposals for distributing funds raised by local people and earmarked to be used locally.

"It’s not totally clear what the eventual outcome will be as [St John is] not really communicating [its] reasoning, but from what I understand, about 95% of locally raised funds will be pooled regionally and redistributed around the district according to need. On the face of it, that looks fine, but what about people who have donated or bequeathed money to a specific branch?"

He said typically, donors were told funds raised locally would be retained and spent for local benefit, and he worried any change to that system could influence people’s generosity.

"It might put you off if you thought it was going to Christchurch. Just the way they’ve approached it smacks of bullying: ‘This is the way it’s going to be.'"

"St John has been talking with our area committees since early September about a better and more efficient way of allocating funds. This includes how future funds are received from the community.

"[We take our] obligations as a charity seriously, including ensuring donations are processed effectively to deliver services back to the community. We want to improve processes and consistency while reducing complexity so our communities can benefit from these funds more quickly ..."

Mr Smith said the proposals, which were yet to be finalised, would not change the way "earmarked" donations were handled.

Already, 98% of ambulance operations running costs were paid from centrally managed regional and national accounts; only the remaining 2% was sourced locally, he said.

"St John will continue to work with donors to understand the intended nature of their donation or bequest, so it can be used directly for the purpose or community it was gifted for. Where those funds have been donated generally to support the work of St John, we will ensure they are directed to the services and communities where the need is greatest."

Any changes would be implemented from July next year, he said.

First came Plunket. Then came Scouts. Now comes St John. When will it be Hospise or the Salvation Army?