Society has lost sight of reason for the season 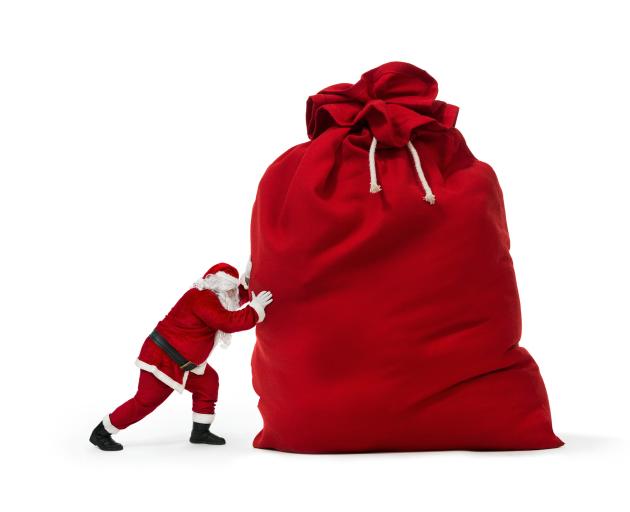 We are now just days away from Christmas: a welcome reprieve from work; a rare day when the shops are closed so we are free to spend time with family; a day of gifts and tradition.

It is also a religious festival. Presumably the intent is to honour Jesus by commemorating his birth. This is where I admit to some reservations, not so much with the idea of Christmas itself but with the way in which we observe it in today's culture. Looking back over the history of Christianity the practice of Christmas has changed considerably.

The Bible invites us to remember the death of Jesus (1 Corinthians 11:25-26) but it does not ask us to remember his birth, much less give us an actual date. The earliest evidence of speculation comes from the early 3rd century: Clement of Alexandria suggested May 20, but other possible dates also circulated.

Christmas became a general practice during the 4th century when Christianity was privileged within the Roman Empire and became, by the end of the century, the official religion. At that stage the winter solstice occurred on December 25. In pagan religion it was called the birthday of the ``Sun of Righteousness''. One can see the genius in choosing that imagery for a Christian counter to a pagan event. Thus December 25 became entrenched.

But don't think pine trees and presents. They are a much, much later elaboration. For many centuries, Christmas was just one festival within a complex liturgical calendar in which time itself was Christianised. For most Christians today almost all of that liturgical calendar has dropped away but we have retained Easter and Christmas, though perhaps not for entirely principled reasons. I do not see Lent being observed with quite the same level of enthusiasm.

In recent centuries, Christmas has become steadily more secularised. St Nicholas (who at least had the virtue of pointing to an actual person) was shouldered aside by the genial Father Christmas, now dressed in red and white: the colours of Coca-Cola and - in a not-unrelated coincidence - The Warehouse. In shopping malls across the country Christmas carols that relate the story of the birth of Jesus have been obscured by jingling bells, Rudolph the Red-Nosed Reindeer, and poor old Grandma who, as we know, got run over by one errant reindeer on Christmas Eve.

In western society Christmas has become not so much a religious festival as an important contribution to the Gross National Product: less an essential part of Christian observance, more an essential part of modern capitalism. If Christmas began as a pagan festival it seems to be reverting to the norm - and maybe we should let it.

Meanwhile, Christians do their best. There is the Christmas Day service, and on Sundays leading up to it churches preach the Gospel stories surrounding the birth of Jesus. And yet, as a result, those stories of enormous faith and courage become dulled by repetition and risk being trivialised when they are encountered only in the context of a celebration we tend to see as for the children above all. Try preaching about Joseph and Mary in August and see what reaction you get.

The general pattern of the day is not so different. Christian parents still buy presents for their children, eat well and enjoy that well-earned, relaxed day with family. We could ask if these very patterns give room to at least three of the so-called seven deadly sins: greed, gluttony and idleness. If the intention is to honour Jesus, this seems a strange way to go about it. And if we as Christians practise Christmas in much the same way as the culture around us then we might at least pause to ask ourselves some hard questions.

I have a tremendous respect for what the Church has observed for a good 1500 years but over time that has transformed into something far more comfortable than the kind of discipleship Jesus himself preached, and something much less concerned with the poor, marginalised and displaced embodied in the very stories of the birth of Jesus.

Another side of the day for many is Christmas has become a time of isolation and loneliness or family stress and financial pressure to buy presents they may not be able to afford.

Have we got this wrong? Are there better ways to honour Jesus? I wish you a thoughtful, meaningful Christmas and a blessed new year.

- Tim Cooper is associate professor of church history in the Department of Theology and Religion at the University of Otago.

Well said. Unfortunately, the only solution to material excess over Holy days is to 'do a Cromwell'. Oliver, that is. Puritan hegemony. That will never happen, but one hopes Presbyterians, at least, are calm and collected in the Season of Mammon.