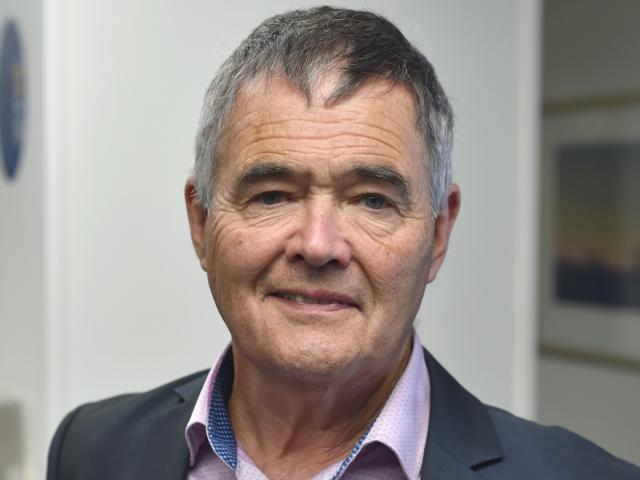 The Local Government New Zealand initiative used an independent assessment board to rate councils' performance, and has so far ranked the performance of 24 councils across the country.

Yesterday, the Dunedin City Council was given an ''A'' ranking across governance, financial, service delivery and communications measures.

The result placed the DCC in the top six councils assessed so far, after three others also received an ''A'' and two scored ''AA''.

No council has yet received a ''AAA'' - the highest possible score - but the DCC assessment was the first for a major metropolitan council.

Mr Cull told yesterday's meeting the report also described the council's financial decision-making and transparency, in particular, as ''stand out''.

That prompted several councillors, including Christine Garey, Rachel Elder and deputy mayor Chris Staynes, to jump to their feet and applaud.

Cr Vandervis - a vocal critic of the council's finances - was among those to remain seated.

Mr Cull praised the efforts of council staff, led by chief executive Sue Bidrose, ''for the enormous effort that has gone into bringing this council up to that standard that is now recognised''.

In a statement, he said he was ''delighted'' with the outcome, which showed the council was ''on the right track''.

Dr Bidrose said the result reflected the work the ''dedicated and passionate staff at the DCC do every day to help make the city a better place''.

In particular, the CouncilMARK report acknowledged the council's efforts in managing the impact of the Citifleet vehicle fraud and the income disruption caused by the decision to build Forsyth Barr Stadium.

Those challenges had been ''met and addressed in such a way that council can confidently 'rule a line' under them'', the report said.

That had been led by Dr Bidrose and her senior management team, who had instituted change and tackled weaknesses in the council's internal risk management systems, it said.

However, among areas for improvement identified in the report, councillors still needed to work on ''the tenet of collective responsibility''.

I think generally the council is doing a pretty good job, although I'm not sure the cycle lanes on the one way fit into that category especially when they are up in the air again because of the hospital. This should have been tied together in big picture thinking.

This city is being run like a dictatorship. The council are engineering consent for vanity projects and we even had the CEO Sue Bidrose in the role of the thought police telling us not to "demonise" lime scooters.
Since when does local govt., elected to represent the needs and desires of the people, have a mandate to dictate some "vision" of the city to the ratepayers and then implement a schedule of rates increases to pay for said vision.
The council have an alarmingly blasé attitude to rates increases and seem to think that because we have comparably lower rates we "may as well" have some increases because basically what the heck anyway. All the while ignoring the fact that only Northland has lower incomes than we do.

Hoorah for the glitter baubles.

But what about some of the basics? On my road alone; A drain block 20 years ago, that we have been asking to be fixed for 10 years now. A slip blocking half the road on a blind bend that has been coned off for 18 months, reported twice now. The road seal raised 300mm on another bend, causing a danger to traffic due to severe camber, again for 18 months. A bridge that was botch repaired 18 months ago and has lifting/missing boards and screws sticking out causing a hazzard to foot, cycle and car traffic.

Don't believe me? Drive the length of Henley Road. As one neighbour put it to me recently "If a yank tourist crashed because of any of this neglect, the DCC would be sued and screwed".

Thanks Dave, what an absolute rockstar.... Lee, a heart felt thank you for remaining seated in reality on our behalf.

Well yes, they'd be sued in Dunedin Florida, not Dunedin NZ, unless Americans have some Right to Sue in NZ.

What planet are these people giving out awards on ?? or are they getting a kickback from the council...this is total BS.

This only highlights everything that is wrong with our local government system. CouncilMARK is NOT independent!!! CouncilMARK is run by LGNZ. LGNZ is funded by local government and private companies who have major contracts with local councils. Furthermore MR CULL IS THE PRESIDENT OF LGNZ! You only have to look at the rating system to realize there is something dodgy about this, A, AA, AAA? There is no D in there rating system. But let's all give ourselves a round of applause! This is a classic example of governance funding governance. It also links in nicely with to other ODT story about the number of communication managers being employed. This is PR spin doctoring at it's best. Please do not have the wool pulled over your eyes. The council are answerable to you, the ratepayer, not themselves.

You've got to admire the spin of these people. Not only are councils running their own grading system, they can't admit that DCC got a third rate result. They effectively got a mark that would be a C in the real world. But somehow they feel the need to give themselves a standing ovation.
Hardly surprising in this age when kids sport doesn't have scores and everyone gets a cup for competing. But I really think councilors should be grown up enough to admit their result is no where near the top grade.

CouncilMARK obvously didn't speak to anyone trying to develop property in Dunedin.
Yes, one rotten apple does spoil the whole bag, when it's left to linger so long.

Looks like mates of mates working and or own CouncilMARK not all councils have signed up by the looks of it, I wonder how much the rate payers of Dunedin pay for the privilege to be reported on, the all councils could agree to an internal control register and take turns in checking each other on a roster basis. a hell of a lot cheaper

Respect to Cr Lee Vandervis IMHO a leader, never a sheep and stands by what he says and believes in. The words Courage and Commitment come to mind. Respect

CouncilMark bills itself as an independent assessment board. The New Zealand Companies page lists Chair Toby Stevenson as currently being the director of 7 other entities and the shareholder in 13 business entities. Albert Brantley, a board member is listed as the current director of 23 other entities. And Debbie Birch is listed in the company’s data base as the director of 5 business entities. I would hardly call that “independent”. Interestingly, the Mayor, Mr Cull, is also listed on the companies’ page as the current director of 3 business entities and a shareholder in 2 others. In not implying any wrongdoing. However, its disingenuous to say it’s an independent assessment. A standing ovation by council members? Pathetic! Suppose somebody has to applaud them because it certainly wont be the people of Dunedin!

I was looking for that info. The Council needs a public data base identifying those who have a interests in any business they need to be transparent honest and open, like you said not saying anything dodgy has happened but why would you put yourself in that position in the fist place by owning or having shares in a company that provides a service to the councils Needs to be audited by a 'non friend of those in positions'

Yes, here DCC is patting itself on the back at arm’s length while paying someone to do it. Anyone who uses the term ‘income disruption’ to express ‘impoverishment ‘ can’t be trusted. As for ‘working on the tenet of collective responsibility’, IMO this means an inner circle should stop making ‘gentlemen’s agreements’ that some other councillors know nothing about till maybe they read it in the ODT, For example, the payment of Pete Hodgson which was neither a decision of the elected Council nor an operational matter. So what exactly was it, Mayor Cull?